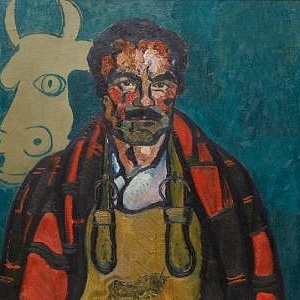 On January 16, 2020 Zurab Tsereteli, the People’s Artist of the USSR and Russia, Full Chevalier of the Order “For Services to Motherland”, Winner of Picasso Prize, UNESCO Goodwill Ambassador, President of the Russian Academy of Arts visited the opening of his solo exhibition in Palais des Nations in Geneva.

The author of monumental compositions and sculptures located throughout the world, sculptural and painting cycles, the artist of bold experiments Zurab Tsereteli has combined in his creative work almost all types, genres and techniques of fine arts. The exhibition in Geneva features paintings produced by the master in various years.

The artist’s creative concept is based on the promotion of ideals of humanism and human values through art. Works by Zurab Tsereteli reflecting love for humans and ideas of Good discover new depths in the understanding of life and human nature.

Zurab Tsereteli has made a great contribution to betterment of the world not only as UNESCO Goodwill Ambassador, but also as a sculptor and world citizen. The charitable activity of the President of the Russian Academy of Arts has been highly appreciated by the United Nations Organization. His Good Defeats Evil monument out of fragments of dismantled American and Soviet missiles “Pershing-2” and SS-20 has been placed at the UN building in New York (1990) as a symbol of the end of the “cold war”. In 2007 in Geneva there was unveiled a bronze bust of the UN High Commissioner for Human Rights Sergio Vieira de Mello assassinated in Iraq.