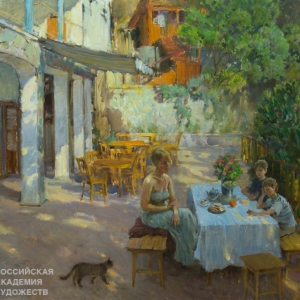 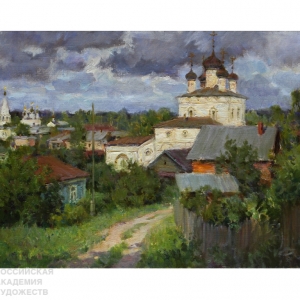 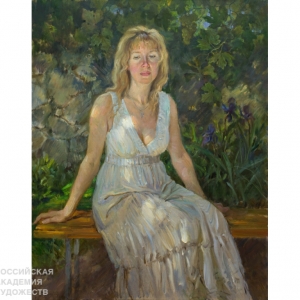 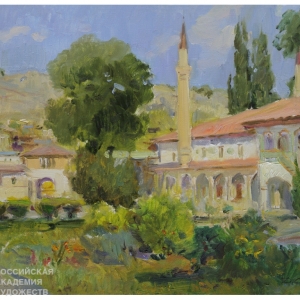 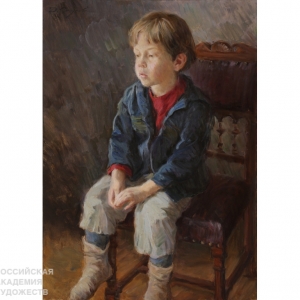 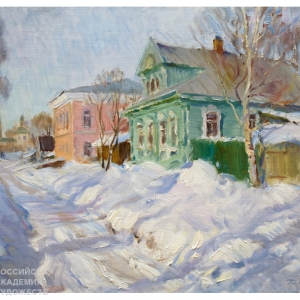 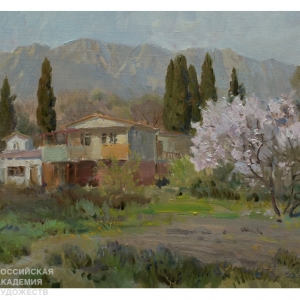 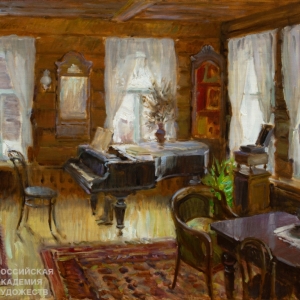 Venue: Exhibition Halls of the Russian Academy of Arts

The Russian Academy of Arts presents a solo exhibition of works by the Honored Artist of Russia, Corresponding Member of the Russian Academy of Arts, Prof. Dmitry Slepushkin timed to the 55th anniversary of the artist and featuring thirty canvases of various years produced by Dmitry Slepushkin during his trips across Russia and to other countries.

Dmitry Slepushkin is one of the distinguished representatives of Russian realistic painting who continues the traditions of the Moscow and St. Petersburg schools of painting. The main theme in the artist’s work is war and history, as well as battle painting, though he has also brilliantly revealed himself as a portrait and landscape  painter.

Of special interest are his canvases created in the Crimea, which for many years has been a place of the artist’s inspiration. Contrary to the Crimean works are pictures dedicated to his native St. Petersburg depicting the city’s special color scheme and mood. “The White Night in St. Petersburg” canvas is a kind of a pictorial anthem to the majestic city founded by Peter the Great.

Dmitry Slepushkin was born in 1967 in Leningrad (St. Petersburg). In 1994 he graduated fr om V. Surikov Moscow State Art Institute wh ere he majored in painting under the People’s Artist of Russia Ilya Glazunov. Since 1994 Dmitry Slepushkin has been teaching at Ilya Glazunov Russian Academy of Painting, Sculpture and Architecture and since 2003 he has been heading the portrait studio. He is an author of a cycle of war and historical portraits and works dedicated to the heroic pages of Russia, these are: “The Assault. The Feat of General N.N. Rayevsky Near Saltykovka”; “The Emperor Paul I”; “The Cossack Detour”; “At the Gates of the City. The Troops of Peter I in the Baltic States”; “Kozma Minin’s Appeal to Nizhni Novgorod Residents”, etc.