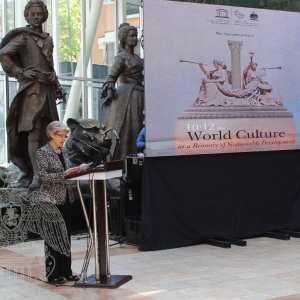 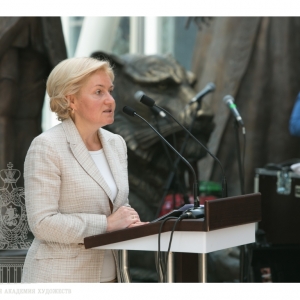 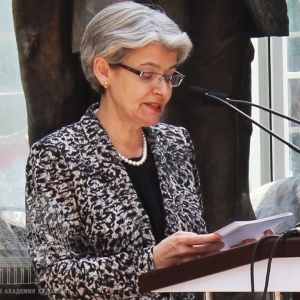 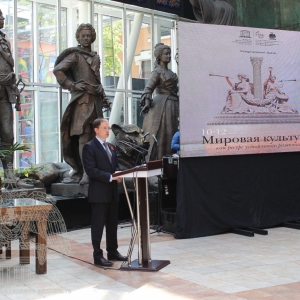 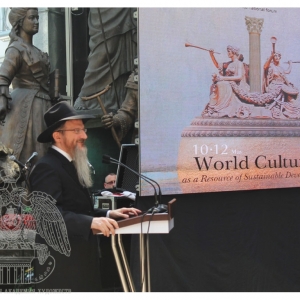 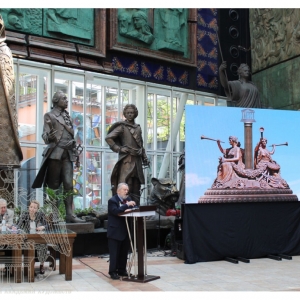 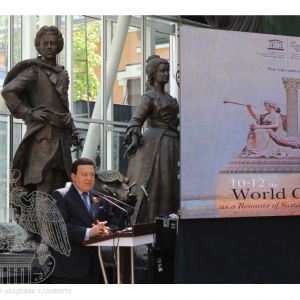 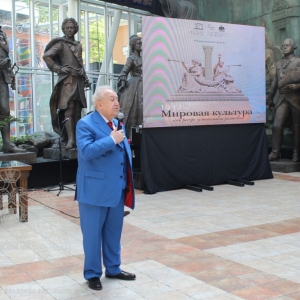 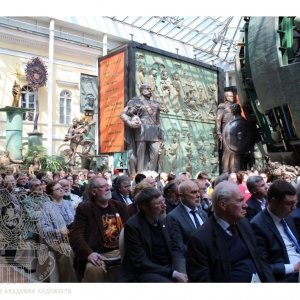 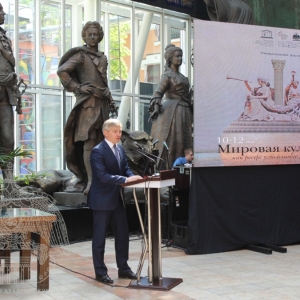 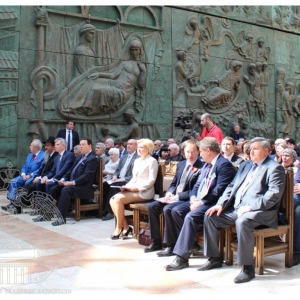 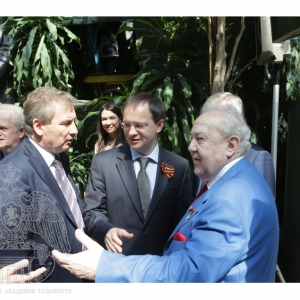 “The culture is more than stones and monuments. This is what we are. The development can not be sustainable without culture. The culture is both an incentive and means for sustainable development” – these are the words addressed by the UNESCO Director-General Irina Bokova to guests and participants of the International Forum “World Culture as a Resource for Sustainable Development” that opened in Tsereteli Art Gallery on May 10, 2015. Irina Bokova thanked the President of the Russian Academy of Arts Zurab Tsereteli for the invitation to take part in the opening ceremony for the Forum dedicated to the 70th anniversary of UNESCO. She expressed her confidence in the significance and timeliness of the Conference aimed at the promotion of peace among nations. At the time of globalization processes when different societies are interconnected, but simultaneously are vulnerable, the role of UNESCO is of special importance. The UNESCO Director-General Irina Bokova has stressed, that there is no sustainable development without culture as it is closely connected with the economy and ideology. The most dynamic development sector is culture which is a strategic reserve for the harmonious development of the whole world. The Deputy Prime-Minister of the Russian Federation Olga Golodets in her welcoming speech has noted, that “the UNESCO activity plays a special role as it assists in preservation and promotion of the legacy of various peoples. The culture is supranational”. The Culture Minister of the Russian Federation Vladimir Medinsky in his address to the Forum’s participants said, that “international cultural ties are a basis for the fruitful interstate dialogue, for the development of partnership and strengthening of mutual respect among nations. The opening ceremony has been also addressed by the People’s Artist of the USSR and First Deputy Head of the Culture Committee of the State Duma of the Russian Federation Joseph Kobzon, Head of the Moscow Department of Culture Alexander Kibovsky, Chief Rabbi of Russia Berl Lazar, Deputy Plenipotentiary Representative of the Russian President in the Central Federal District N.P. Ovsienko, President of the Russian Academy of Arts Zurab Tsereteli, President of the Verona Academy of Fine Arts Stefano Pachera (Italy), President of the Academy of Arts Prof. Dr. Ahlam Younes (Egypt). The Forum’s program included a major research conference, multi-media presentations, panel discussion “War Crimes against Art: History with Continuation”. The Conference’s participants and honorary guests represented Russia, Italy, Armenia, Ukraine, Poland, Turkey, China, Azerbaijan, U.S.A, Germany.