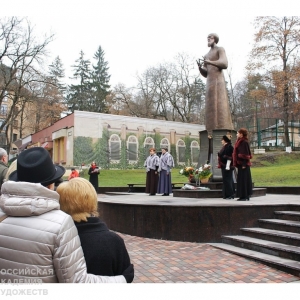 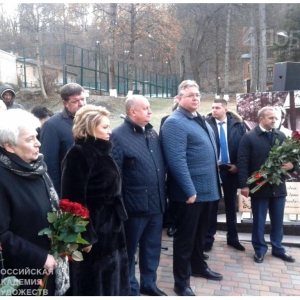 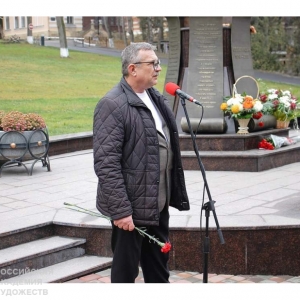 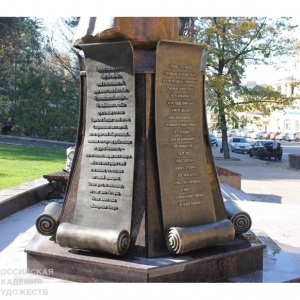 On December 19,2018 in Kislovodsk (Russia) there was unveiled a monument to the world renowned writer, Nobel Prize Laureate in literature Alexander Solzhenitsyn authored by the People’s Artist of Russia, President of the Russian Academy of Arts Zurab Tsereteli. The inauguration ceremony was attended by the Chairman of the Federation Council Valentina Matvienko, Governor of the Stavropol Region Vladimir Vladimirov, figures of art and culture.

The monument, placed in Vokzalnaya street, in the historical center of Kislovodsk not far fr om the house wh ere Alexander Solzhenitsyn had been born and spent his childhood, has been presented by the sculptor as a gift to the city.  Alexander Solzhenitsyn is depicted in the shroud as a reminder that his earthly life was in the balance of death many times. Of major significance are the writer’s hands. His almost connected but never closed fingers emphasize the feeling of his intense inner world. The deep wrinkle on the forehead is a sign of enduring pain for the Motherland.

The 3.5 m tall bronze monument stands on a granite pedestal on which is engraved a quote from the “Autobiography’ written by Alexander Solzhenitsyn at the request of the Nobel Committee in 1970: “We will almost never be able to evaluate and realize even the events that have already happened to us, the more unpredictable and surprising is for us the course of events to come”.