SOCIAL AND ECOLOGICAL ASPECTS IN THE WORK OF DIPAK SHINDE: MASTER CLASS AT THE RUSSIAN ACADEMY OF ARTS 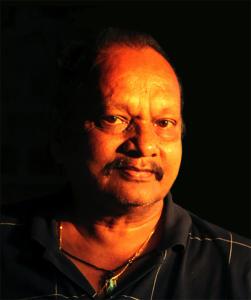 Mr. Shinde is a distinguished representative of Indian art of the 1970s -2000s whose creative career brilliantly reflects the development of modern Indian art.

During his meeting with the Moscow public and artists Dipak Shinde will present his vision of the integrity of modern Indian art with traditions of Indian culture and share his ideas of the influence of social and ecological problems on his art.

Dipak Shinde was born in 1946, graduated from Sir JJ School of Art) in Mumbai in 1972. Since 1973 he has been participating in the Indian art life and has represented India in international biennale in Japan, Havana, Beijing, Mumbai. He is a participant of art residences programs as an artist-resident and a founder of new art spaces for artists. In India in 2014 there was published a monography dedicated to the 40 years creative activity of Dipak Shinde.