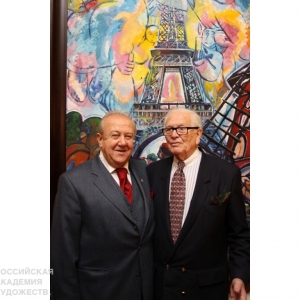 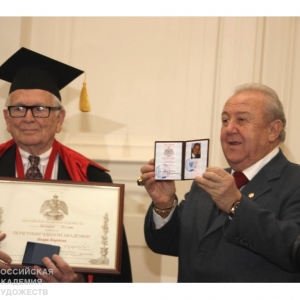 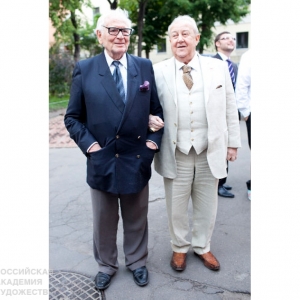 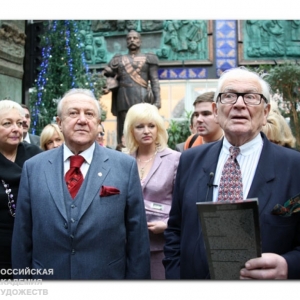 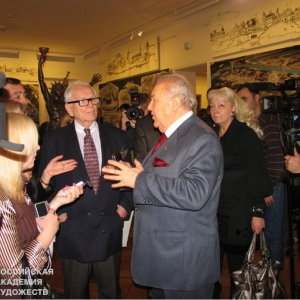 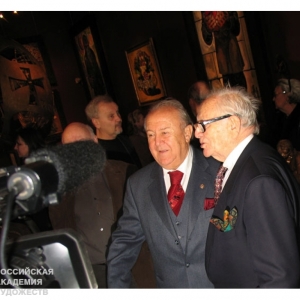 The world culture has suffered a heavy loss. Pierre Cardin was UNESCO Goodwill Ambassador, his activity was appreciated by the highest awards. It is hard to overestimate the role of Pierre Cardin in the development of modern French fashion design. Legendary and extraordinary talented, pioneer and innovator, the "genius of business and style" according to the recognition of his compatriots Pierre Cardin was a successful businessman and founded one of the most prestigious fashion empires in the world of fashion. His brand Pierre Cardin is known worldwide.

It is difficult to put into words how huge and irreplaceable this loss is. The Russian Academy of Arts keeps in its history the memorable meetings and valuable cooperation with Pierre Cardin for whom Russia became one of the sources of inspiration. On his initiative and patronage the Paris theater Espace Cardin hosted exhibitions of Russian figures of art, fashion shows, film festivals, Russian plays and performances of Russian poets. For his contribution to the development of friendly relations between Russia and France, as well as for the promotion of Russian-French scientific and cultural ties Pierre Cardin was awarded the Russian Order of Friendship.

The great creator, the pillar of modern world fashion, maestro full of creative forces and new ideas working for the sake of art and convinced that nowadays there are boundaries for the fashion world - that is how we will remember Pierre Cardin".