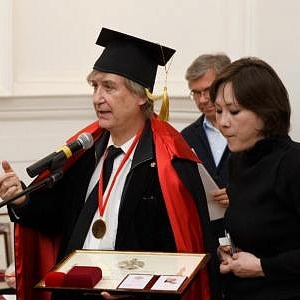 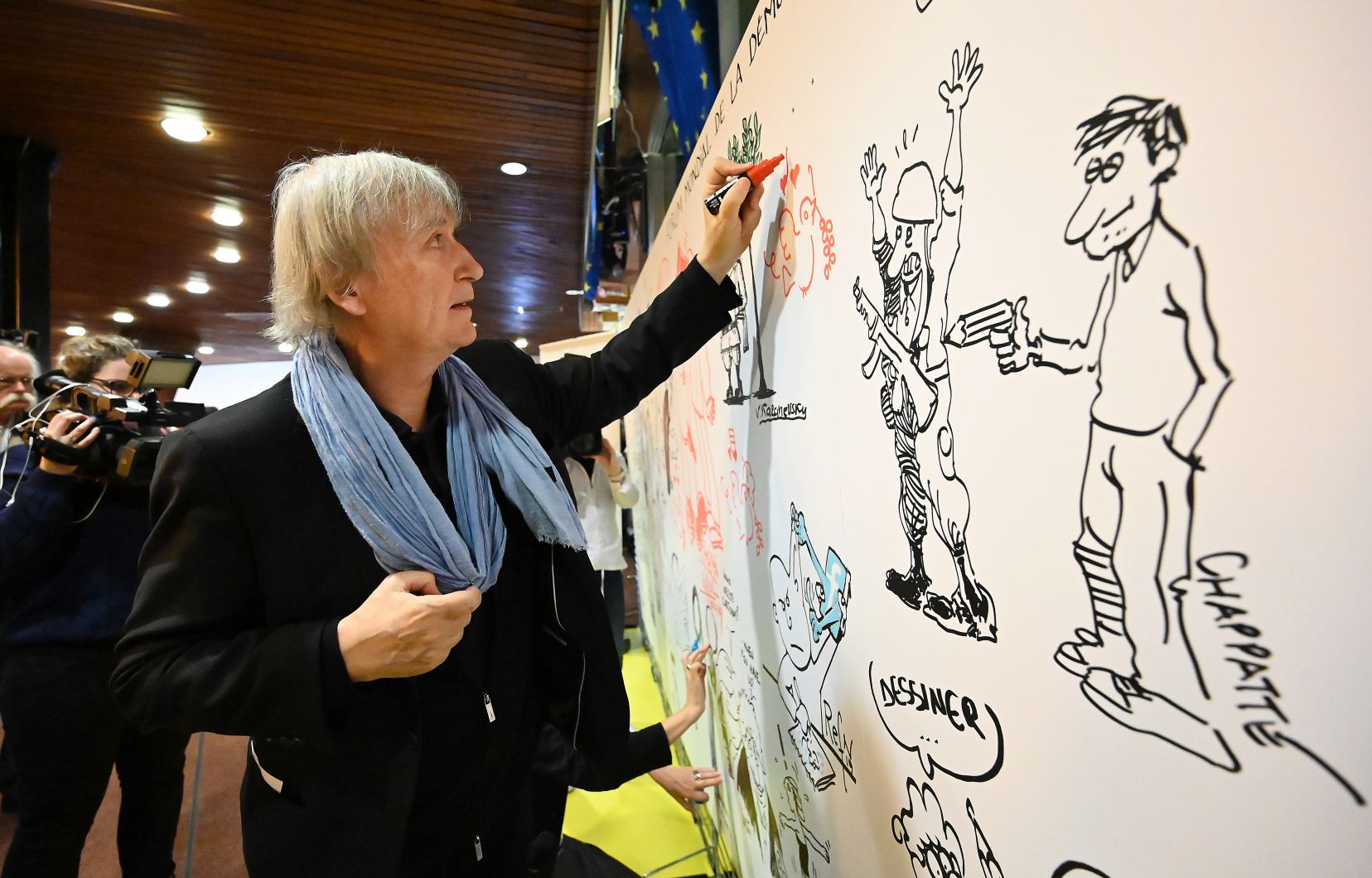 On March 23, 2021 the noted French cartoonist, President of the “Drawings for Peace” Association, Honorary Member of the Russian Academy of Arts Jean Plantureux, known under his professional name Plantu celebrates his 70th anniversary.

Plantu is a leading cartoonist of perhaps the most famous French newspaper Le Monde. Documenting ups and downs of France – and our planet as a whole – has become according to his words “the battle of all his life”.

No matter how serious the topic is, the unique gift of the artist and journalist has always allowed Plantu to create a caricature where “lightness” and humor are graphically and verbally combined. It evokes a smile and sometimes an uninhibited laughter enabling the reader to take a calmer and more critical look at themselves and others. Being a kind of an “instrument” that gives people a chance to “shift their view of things”, to gain freedom of thought and universal language, necessary for a dialogue of cultures. Each of Plantu’s caricatures invites us to join him in his battle for freedom and democracy in the world, the battle that “can be also won with pencils”.