IN HONOR OF THE 80TH JUBILEE OF THE PEOPLE'S ARTIST OF TURKMENISTAN, HONORARY MEMBER OF THE RUSSIAN ACADEMY OF ARTS KLYCHMURAD YARMAMEDOV 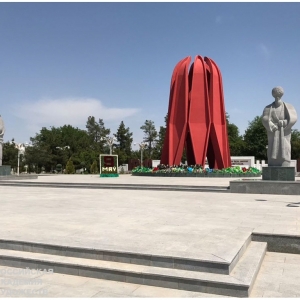 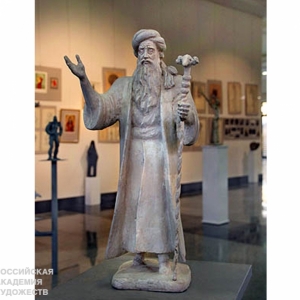 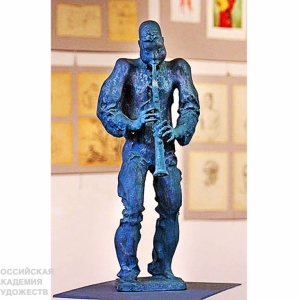 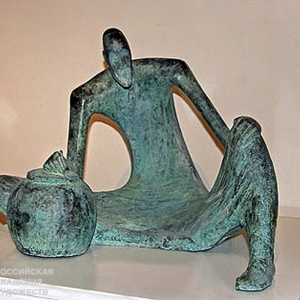 On April 10,2021 the Honored Art Worker and People's Artist of Turkmenistan, Honorary Member of the Russian Academy of Arts Klychmurad Yarmamedov is marking his 80th Jubilee.

Klychmurad Yarmamedov is known both as a master of monumental works and sculpture of small forms. He is a very lyrical artist, despite his frequent fascination with art nouveau, he always follows the exact historical details in costumes, decorations, any other external attributes. His monuments stand in Ashgabat, Mary and Balkanabat. Among the sculptor's key works are his "Eternal Fire" monument commemorating the victims of the Great Patriotic War 1941-1945 (Mary, 1970); "Ceramist" (1965); "Playing the Oboe" (1983); "The Poet Yunus Emre" (1991); sculptural images of folk poems' characters, sculptures dedicated to such literature classics as Kemine, Makhtumkuly, Pushkin, as well as to famous historical personalities - Bamyaramkhan, , Oguzkhaun, Alpu Arslan.

The sculptor lives and works in Ashgabat. He received his art education in Shota Rustaveli Turkmen State Art College and V. Surikov Moscow State Art Institute. He successfully combines his creative activity with teaching in the Sculpture Department of the State Academy of Arts of Turkmenistan. Klychmurad Yarmamedov is an active participant of exhibitions in Turkmenistan, Russia, USA, Hungary, Germany, Norway, Poland and France.

The President of the Russian Academy of Arts Zurab Tsereteli congratulated Klychmurad Yarmamedov on his 80th Jubilee. The Letter of Greetings, in particular, runs:

"On behalf of the Presidium of the Russian Academy of Arts I would like to extend to you our congratulations on your 80th Jubilee!

You are a celebrated art figure of Turkmenistan who made a significant contribution to the promotion of cultural dialogue between our countries, a creator of sculptural works which became an integral part of Turkmen cityscapes. Your talent is equally rich in monumental scale and sculpture of small forms. The Russian Academy of Arts highly appreciates your activity in training young artists and sharing your invaluable experience of the sculptor who combines in his work modern trends and historical themes. We wish you inexhaustible inspiration, good health and creative success".