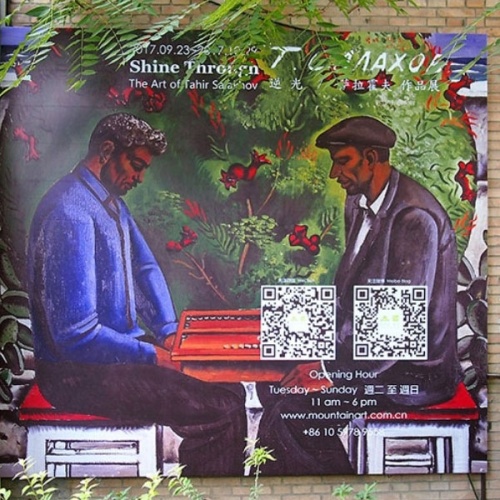 The solo exhibition of the People’s Artist of the USSR, Russian Federation and Azerbaijan, Vice-President of the Russian Academy of Arts Tair Salakhov in Beijing featuring over twenty works of various genres has become a major event in the cultural cooperation between Russia and China.

The solo show is being held as part of the Beijing Festival of Art in the Art Zone “798” and is bringing together works by world renowned and young artists, sculptors, designers and other figures of art from around the world.

Tair Salakhov is an eminent author of portraits, landscapes, still lifes, monumental multi-figure canvases and a theater artist. His works are in collections of the State Tretyakov Gallery (Moscow), Moscow Museum of Modern Art, State Museum of Oriental Art (Moscow), State Russian Museum (St. Petersburg), Azerbaijan State Museum of Arts (Baku), as well as in many other museums in Russia, CIS countries, the United States, Europe and Asia.