LARGER THAN LIFE: SOLO RETROSPECTIVE OF WORKS BY ZURAB TSERETELI IN LONDON 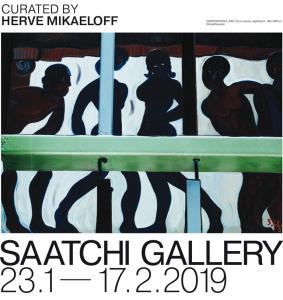 LARGER THAN LIFE is Georgian-Russian artist Zurab Tsereteli’s first solo retrospective in the United Kingdom, working with Herve Mikaeloff at Saatchi Gallery, London. Born in 1934 in Tbilisi, Georgia, 2019 marks the 85th anniversary of the artist’s birth. On view are paintings, sculptures and enamels spanning his early years to the present alongside archival video footage that documents the artist’s life and work.

Presenting works across four halls, Larger than Life will showcase the varied and expansive creative output of Tsereteli prolific career, including works influenced from past meetings and relationships with influential Masters such as Chagall, Picasso, Van Gough and Rauschenberg. With an expansive practice encompassing painting, sculpture and architecture, Tsereteli is a prolific artist whose work is omnipresent across Russia and internationally. He is known globally for his striking, large-scale monuments, which can be seen in numerous cities including London, Moscow, New York, Paris, Rome and Tokyo. Recognized for breaking artistic convention during the Soviet period and beyond, alongside maintaining his own artistic practice, Tsereteli is the founder of the Moscow Museum of Modern Art (MMOMA), President of the Russian Academy of Arts and UNESCO  Goodwill Ambassador, under which he brought Mother Teresa to Georgia in 1989 to create a permanent place for her Missionaries of Charity in Tbilisi. He was awarded the title of the “Honored Artist of Georgia” in 1967 and France’s highest recognition, the Legion of Honor in 2010.

Monumentality is central to Tseretely’s sculptures, evident in his international public commissions created in a monumental expressionist style, creatively driven by the artist’s belief in the importance of total freedom in art.Growing up in Soviet Georgia, Tsereteli was educated working in bronze, stone, glass, wood, enamel and mosaics, but it was not until the late 1960-s, that he began to gain wide-spread recognition and public commissions. Tsereteli’s combination of monumental visions with childhood fairy tales  and dreams, as well as archaeological and ethnographical symbolism and a powerful creative drive, stood him apart from his peers, especially as the cultural climate in the USSR shifted towards a freer form of expression.

Tsereteli has divided his time between studios in his native Tbilisi, Moscow, Paris and New York, with each location leaving discernible influences on his practice. The experience of meeting masters Picasso and Chagall during his time in Paris changed his understanding of what it means to create; he was inspired by how freely these artists shifted between painting and drawing to ceramics and sculpture. The influence from Picasso is cleat in Tsereteli’s Inessa (1968), painted shortly after visiting Picasso’s studio in Paris. Tsereteli’s renowned sculpture My Favorite Artists (2009) is a depiction of Picasso, Modigliani, Chagall, Matisse and Van Gough, which followed his 2008 sculpture of Niko Pirosmani and Henri Rousseau. Characteristics of Russian abstract expressionist artist such as Kandinsky and supremacist Malevich can also be seen in Tsereteli’s rich color palettes of reds and blues. Tsereteli was also impacted by his great friendship with Robert Rauschenberg, having painted together a portrait of Russian artist Aidan Salakhova entitled I Done Aidan, created when Rauschenberg visited Georgia and Russia between 1987 and 1988. His craft remains positioned within Modernist Expressionism, alongside artists such as Fernando Botero, Arnaldo Pomodoro and Georg Baselitz. Tsereteli will also have solo exhibitions in Baku, Paris and Liechenstain throughout 2019.

About the artist
Zurab Tsereteli was born in Tbilisi, Georgia in 1934 and graduated from the Tbilisi State Academy of Arts in 1958. Solo exhibitions include: the New Manege, Moscow(1998 and 2004); the UNESCO Headquarters, Paris (2007); Museo di San Salvatore, Rome (2011); the Palace of Gran Guardia, Verona (2016) and the Palais des Festivals et des Congresses, Cannes (2017).

Tsereteli  has been awarded UNESCO Ambassador of Good Will (2007); Member of the European Academy of Sciences and Arts, Austria (2009); Chevalier of the National Order of  the Legion of Honor by the government of France (2010); For Life in Art Prize and the International Giuseppe Sciacca Award from the Roman Academy of Fine Arts (2011); UNESCO Five Continents Medal (2014) and elected Member of the Chinese Academy of Fine Arts (2015).

About the curator
Independent art consultant and curator Herve Mikaeloff currently advises and curates for LVMH group, namely Louis Vuitton, Dior and Hennessy. In 1991, the native Frenchman graduated from l’Ecole du Louvre in Paris and went on to work for La Fondation Cartier for Contemporary Art and Caisse de Depft. In recent years, Herve Mikaeloff has curated many international exhibitions including the BIC Collection at CENTQUATRE, Paris (2018); Art on Stages, the central pavilion for Art Safari, Bucharest (2018); the Miss Dior exhibition in Shanghai (2014); the Pavilion of Azerbaijan at the 55th Venice Biennale (2013) and Futurologia at The Garage Museum of Contemporary Art in Moscow (2010). In 2011, Mikaeloff was named a Knight of the Order of Arts and Letters by the French Ministry of Culture.