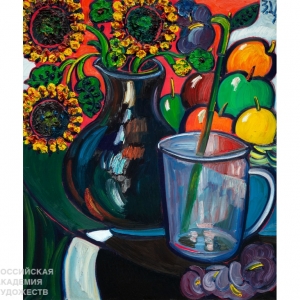 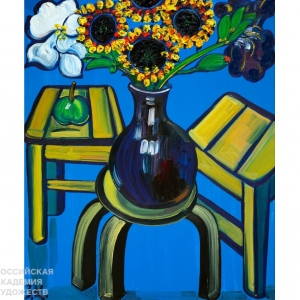 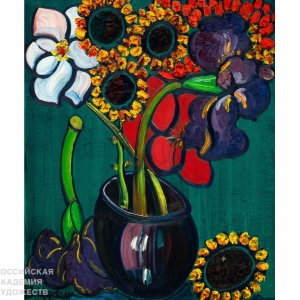 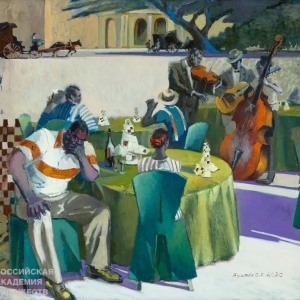 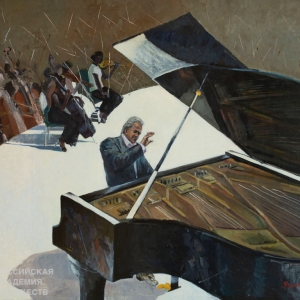 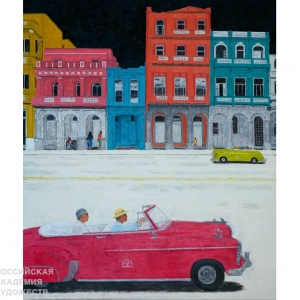 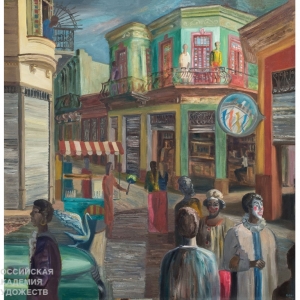 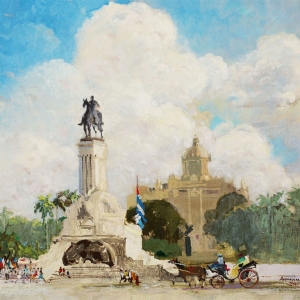 The exhibition showcases 163 artworks created for history of friendly relations between the countries. These are works by Vasily Vereschagin, Academicians of the Russian Academy of Arts Petr Ossovsky, Victor Ivanov, Boris Korzhevsky, Pavel Sudakov, Vladimir Pereyaslavets, Georgi Poplavsky, Lev Kerbel. Of big significance for the promotion of the art and cultural dialogue were creative expeditions of the artist, researcher and public figure Vladimir Anisimov. They were organized under the support of Sergey K. Shoigu who then headed the Russian-Cuban Commission for Economic and Cultural Cooperation; Valentina Matvienko then the Fist Deputy to the Chairman of the Russian Government; President of the Russian Academy of Arts Zurab Tsereteli who also participates in the exhibition by a series of his still-lives.  At present, as the Chairman of the Council of Federation of the Federal Assembly of the Russian Federation Valentina Matvienko encouraged the creative initiatives of artists related to Cuba and sent her greetings for the album “O, Havana! Transit…”. On display are also  works by Academicians of the RAA Alexander Belashov, Stanislav Nikireev,  Salavat Scherbakov, Vladimir Anisimov, Vasily Bubnov; Corresponding Members of the RAA  Marina Kabysh, Anatoly Rybkin, Mickhail Pereyaslavets, Jacob Yakovlev; People’s Artists  of Russia Vladimir Surovtsev, Vitaly Popov; Honored Artists of Russia  Nickolai Burtov, Gennady Glakhteev and others.
The themes presented at the exhibition range from the pathos of the Revolution to Cuban landscapes and carnival, from portraits of outstanding figures of Cuba to the  sculptural composition depicting the meeting of the Patriarch Kirill with the Pope Francis at Jose Marti International Airport in 2016. The exhibition will travel to cities of the Urals, Siberia, Far East and will be opened in Havana in May, 2021. The final exhibition will be held in one of the Moscow exhibition halls in 2022.  The exhibition in Ekaterinburg is the third of the 18 planned for the project “O, Havana! Transit…”.