PAPER FANTASIES. THREE ARTISTS FROM ITALY: EXHIBITION AT THE MUSEUM AND EXHIBITION COMPLEX OF THE RUSSIAN ACADEMY OF ARTS 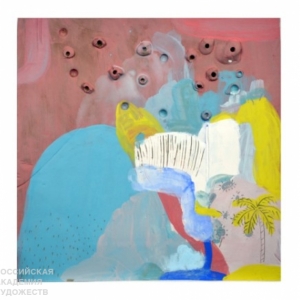 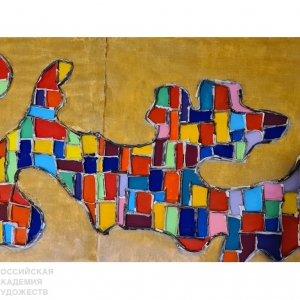 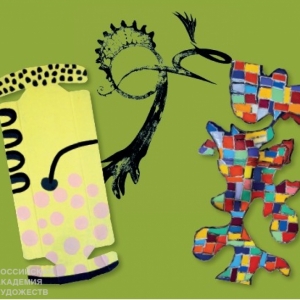 Organized by the Embassy of Italy in Russia, Italian Institute of Culture in Moscow in partnership with the Russian Academy of Arts the exhibition presents three Italian artists working with paper in absolutely different techniques and    ways to use it. Each artist is distinguished by her own creative method and rich experience in such type of art. All the exhibits can easily move the viewer to the territory of imagination, a kind of real unreal world offered by Flaminia  Mantegazza, Luciana Fiore and Anna Onesti, as well as the curator Giovanna Dalla Chiesa.

The works of Flaminia Mantegazza and Luciana Pretta Fiore are two complementary substances: the spectacular “cloud” movement above us, free and independent of borders and rhythms binding us and more intimate sense of life reflected in familiar details which like “windows of the soul” or a light gesture   are able to open a paint box to draw inspiration fr om there and paint.

Anna Onesti is inspired by the topic sending us to the order and cycle of things in nature, in particular, to “seeds” being a basis for a live process.  The space created by the artist is literally cut by flying kites that  look like colorful, curiously painted banners resulted fr om a deep study of oriental practices.

FLAMINIA MANTEGAZZA studied in Rio-de Janeiro wh ere she graduated fr om the Department of Economics and History, as well as in Rome wh ere she moved in the late 1980s. In Italy, her passion for art, once shown in the School of Visual Arts of Parque Lage in Rio, renewed.  Being on duty involved in the promotion of international tourism Flaminia designed complex city projects and installations related to ecology, one of such works was  included in the permanent exposition of MUST Museum in Faenza. The artist participated in prestigious art shows in Italy and other countries.

ANNA ONESTI studied in Rome and Turin. Later,  she continued her education in Japan, India and Indonesia wh ere her primary goal was exploration of old methods of paper painting and restoration, as well as research of symbolic meanings connected with flying kites in oriental cultures. In her arsenal there are her numerous exhibitions in Italy and other countries, as well as  activity in the field of cultural heritage, frequent partnership with international entities dealing with problems of cultural heritage preservation.

LICIANA PRETTA FIORE was educated in the Brazilian town of Salvador where she finished the School of Fine Arts of the Federal University of the State of Bahia, then continued her study in Italy – in the Academies of Fine Arts of Rome and Bologna. Her personal traveling experience proved her desire to use diverse materials such as photographs and ceramics, as well as paper combined with painting. In 2017, the artist created a deliberately incomplete work, that can be attributed to as work in progress entitled “Reminiscences – Places of Memory” using small cardboard boxes painted according to her childhood memories thus making an endlessly intertwining connection between the present and the past. Being also involved in social and educational activities Fiore takes part in major  international projects such as cooperation between the German city of Dachau and Italian Fondi in Lazio region that builds a cultural bridge between different worldviews.