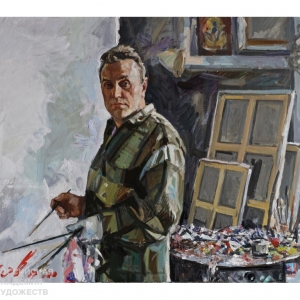 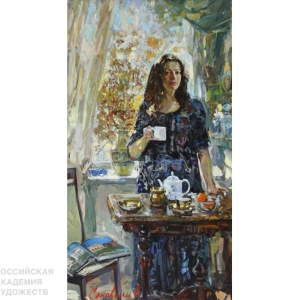 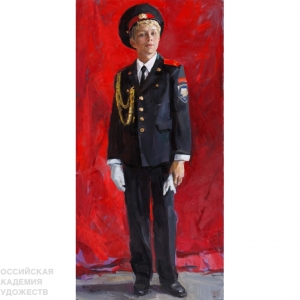 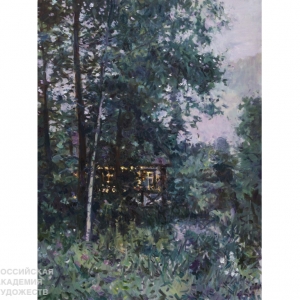 The Russian Academy of Arts presents a retrospective of works by the People’s Artist of Russia, Academician of the Russian Academy of Arts Vladimir Sokovnin featuring 40 canvases and the author’s installation that recreates one of the costumes for Kin-Dza-Dza film (directed by George Danelia) designed by the artist in partnership with his spouse Natalia Zhuravleva in 1986.

Vladimir Sokovnin was born in Moscow in 1955, graduated from the Applied Arts Department of A. Kosygin Moscow Textile Institute in 1982. Since 1976 he has been an active participant of Moscow, Republican and All-Russian art exhibitions including his solo ones. The artist’s achievements have been appreciated by numerous awards, among them are the Order of Friendship (2018), the Order of St. Sergius of Radonezh III and II Rank (2001, 2005), medals of the Russian Academy of Arts, Artists’ Union of Russia and others. His works are in collections of major museums of Russia, as well as private collections in China, France, Germany and USA.

Vladimir Sokovnin has authored the Memory triptych in the Museum of the Great Patriotic War in Poklonnaya Hill (1965), been involved in the recreation of the interior decoration of the Cathedral of Christ the Savior in Moscow (2000). He also worked as a cinema artist and designed costumes for the films “Magicians” (Odessa Film Studio, 1982), “Kin-Dza-Dza” ( Mosfilm, 1986), but his true vocation was painting.

Portraying his contemporaries he often refers to the tradition of ceremonial portrait, each time creating a special space-background, which regardless of the measures of specification of time and place helps us to think out the essence of a person’s personality. The unique poses of his models, their directed look at the viewer invite to conversation, but not to entering the canvas’s space, thus the independence of the model’s character reserves the right for a certain distance.

The connection between Vladimir Sikovnin’s portraits and landscapes is only at first glance not obvious. People and their surrounding are painted carefully and in a reserved manner while the landscape is characterized by greater freedom, broadness of brushstroke, color diversity. The people portrayed are shown in their social status – cadet, rider, businessman while the changeable nature full of colorful overflows – on the contrary is depicted in its purity without any human presence. The exhibition is a good opportunity to witness the magic of the artist’s diverse creativity.