NEW SAINTS: SOLO EXHIBITION OF WORKS BY AIDAN SALAKHOVA IN THE RUSSIAN MUSEUM 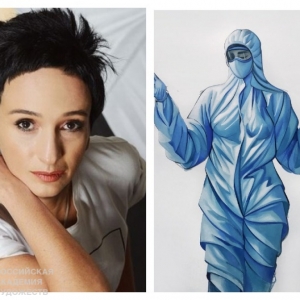 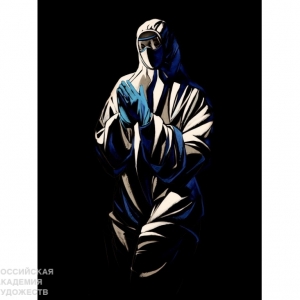 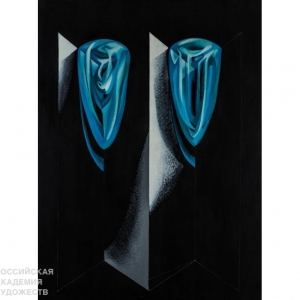 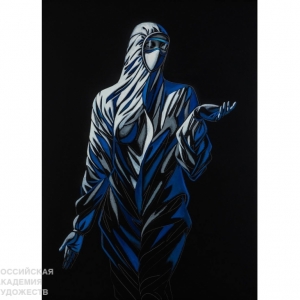 The Marble Palace in St. Petersburg hosts a chamber solo exhibition of works by the Academician of the Russian Academy of Arts Aidan Salakhova from her New Saints cycle. The series dedicated to doctors was created by the artist in 2020 after her two-weeks stay in the Moscow hospital in quarantine after returning from Italy. The artist's seven canvases - five of them are united in the New Saints cycle and two independent works but closely connected with the cycle in their concept and time of creation - are part of the gift to the Russian Museum by the art collector Vladimir Nekrasov, a long-time admirer of the artist's talent.

The exhibition presents Aidan Salakhova's seven pictures, all from the works donated to the State Russian Museum by the art collector Vladimir Nekrasov. He has been one of the first who saw on her canvas the image of "The Coronavirus Madonna" and suggested painting a cycle of works started in the summer of 2020. The five paintings depict five large figures in protective overalls, masks and gloves, which stand out in relief against the dark background of the canvases. The characters resemble us of women from Alexander Daineko's and Alexander Samokhvalov's pictures, one can also sense the influence of the Aidan's favorite Michelangelo.

AIDAN SALAKHOVA is a famous Russian artist and sculptor, teacher, ex- gallery owner. The daughter of the USSR People's Artist, Academician of the Russian Academy of Arts Tair Salakhov and Vantsetta Khanum, she graduated from V. Surikov Moscow State Art Institute with an external degree having distinguished herself with a bold and provocative work. At present, the artist's works are exhibited at major international art shows and are in state museum collections in many countries. Aidan Salakhova has already participated in the Russian Museum projects: "Resistance and Rebirth. Classical Art Traditions and the History of Photography" (1994); "The Exhibition of New Receipts" (1999).