THE KNOWLEDGE OF GOOD: EXHIBITION OF THE PEOPLE’S ARTIST OF RUSSIA ZURAB TSERETELI IN OLD OSKOL 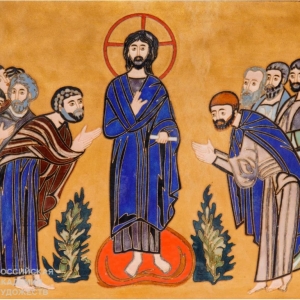 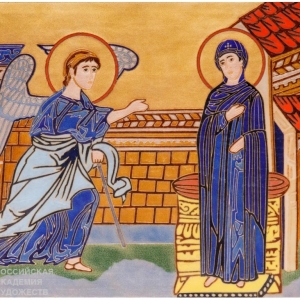 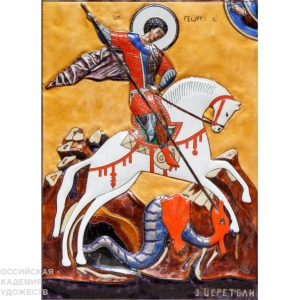 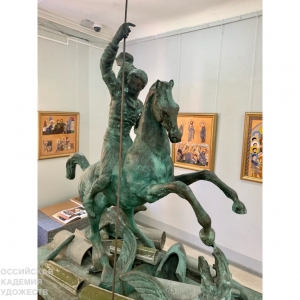 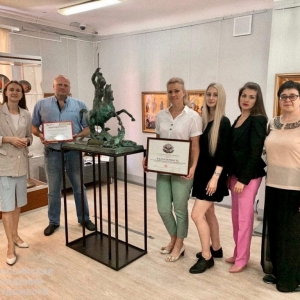 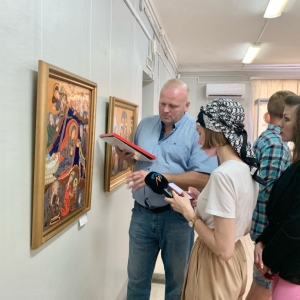 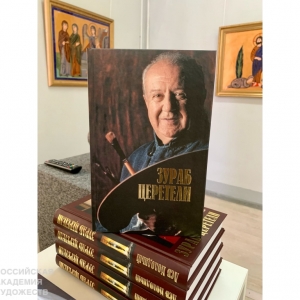 The name of the exhibition “The Knowledge of Good” contains a kind of a super task, the maximum program which Zurab Tsereteli has been tirelessly implementing in his creative career. On display are enamels fr om the artist’s Biblical Cycle created in the 1980s-1990s and illustrating the topics of the New Testament. These are easel works executed in the strict, almost graphic manner using the contrasts of spots of blue, white, red and green color against the rich gold background. The centerpiece of the exhibition is the sculpture of the revered in Christianity St. George the Victorious – a small replica of Tsereteli’s sculpture The Good Defeats Evil placed in front of the UN Building in New York in 1990.

Zurab Tsereteli was born in Tbilisi in 1934. In the early 1950s he entered the Tbilisi State Academy of Arts wh ere he majored in painting. In the late 1960s he visited Paris. His acquaintance with modern art, visit to Pablo Picasso’s studio, friendship with Marc Chagall have determined the area of his creative interests and priorities in art. Since the 1970-s he actively worked as an artist of monumental art and sculptor in Georgia, Russia and many other countries. From 1997 Zurab Tsereteli has been heading the Russian Academy of Arts. In 1999, he founded the Moscow Museum of Modern Art (MMOMA) on the basis of his private collection of the 20th century artworks. Zurab Tsereteli is a holder of numerous Russian and international honors and awards, a Foreign Member of the French Academy of Fine Arts, San Fernando Royal Academy of Fine Arts (Spain), Active Member of the European Academy of Sciences and Arts (Austria).