THE FIRST BIENNALE OF MODERN ART IN YAROSLAVL 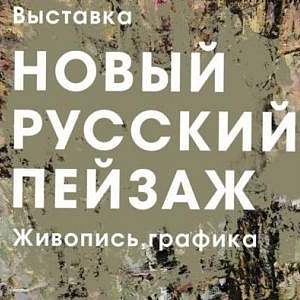 From September 18 to October 10, 2021 the city of Yaroslavl will host the First Biennale of Modern Art organized on the initiative of the Research and Organizing Department for Coordination of Programs of Fundamental Researchers of the Russian Academy of Arts (RAA) under the support of the RAA Presidium (https://yarbiennale.ru).

Since 2000, in Yaroslavl there have been successfully held all-Russian research conferences, symposiums, exhibitions initiated by members of the Russian Academy of Arts. Some events were part of the Agreement on Cooperation with the House of Muses -Yaroslavl Center of Modern Art founded by the winner of the State Prize of Russia, RAA Honorary Member Oleg Zharov. The First Biennale of Modern Art continues the fruitful partnership of the Russian Academy of Arts with the city of Yaroslavl. The project is being held under the auspices of the Moscow Museum of Modern Art, Yaroslavl Branch of the Artists' Union of Russia, "The Cultural Bridge. Traveling Exhibitions" Association.

The theme of the First Biennale of Modern Art - the New Russian Landscape - has been not chosen by chance. Yaroslavl is a city with its own history of fine arts. First of all, these are magnificent fresco ensembles, collections of icons and applied art. In the shade of this powerful layer of the cultural heritage lies Yaroslavl painting of the 20th - 21st centuries having its identical features and school. The principal goal of the organizers is to showcase this unique phenomenon in the context of contemporary art on the basis of the city's capabilities. Besides Yaroslavl artists, the special guests of the festival will be the President of the Russian Academy of Arts Zurab Tsereteli, Academicians of the RAA Pavel Nikonov, Victor Kalinin, Nickolai Mukhin, Leonid Baranov, Konstantin Petrov. The younger generation will be represented by Evgenia Buravleva, Egor Plotnikov, Pavel Otdelnov, Pavel Blokhin, Alexey Maltsev, Yulia Malinina, Fyodor Toschev, Alexey Myakishev, Alexey Khamkin, Irina Filatova, Max Sher, Elena Tsitsulina, Keit Yamaguchi (Japan) and other masters.

On September 18, 2021 - on the City Day of Yaroslavl - in the central Volkov square there will be an evening presentation of the video-art by the RAA Academician Nickolai Mukhin and RAA Honorary Member Gor Chakhal. The artists' works introduced into the city space will reflect the Biennale's general idea. Other city locations will offer concerts, master classes, open air exhibitions.

On September 28, 2021 in the House of Muses - the Yaroslavl Center of Modern Art (23a Chaikovsky street, Yaroslavl) - opens the main exhibition venue of the Biennale. Its curator is the artist Evgania Buravleva who suggested the Biennale' main theme - The New Russian Landscape. The project has been supported by the President of the RAA Zurab Tsereteli devoting a lot of efforts to the promotion of artistic activity and art education in regions of Russia. The viewers will see canvases by the RAA Academicians and members of the Presidium Victor Kalinin, Pavel Nikonov, Nickolai Mukhin, Konstantin Petrov.