MASTERPIECES OF RUSSIAN ART FROM AMERICAN COLLECTIONS: EXHIBITION PROJECT IN THE MUSEUM AND EXHIBITION COMPLEX OF THE RUSSIAN ACADEMY OF ARTS 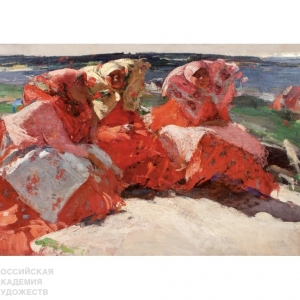 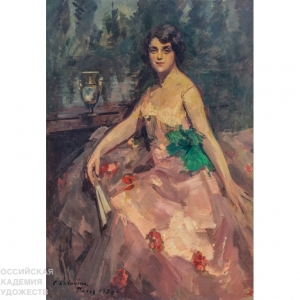 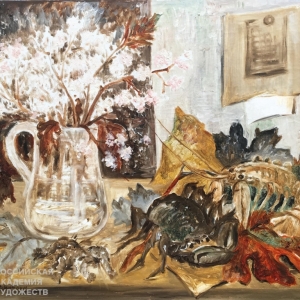 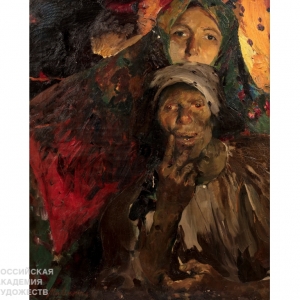 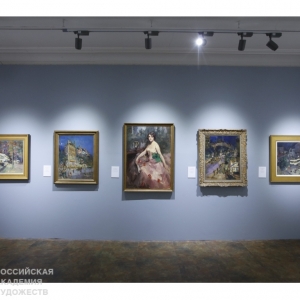 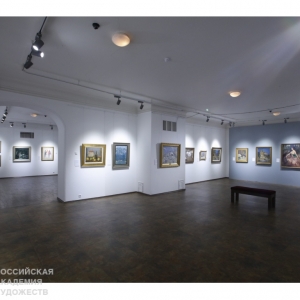 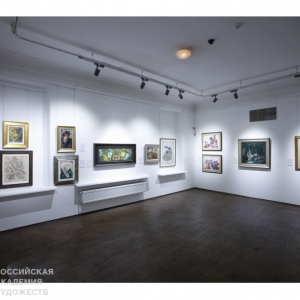 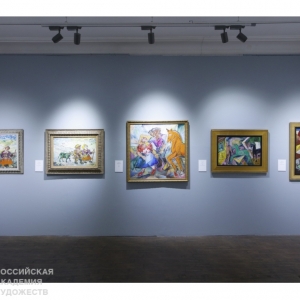 Venue: Exhibition Complex of the Russian Academy of Arts

The new project includes almost 70 works spanning two centuries of Russian art from Ivan Aivazovsky to Oleg Tselkov and Edward Bekkerman. The landscape school of the second half of the 19th – early 20th century is represented by such prominent names as Nickolai Dubovskoi, Vladimir Fedorovich, Alexander Makovsky and Konstantin Gorbatov. The centerpieces of this section are works of various years by Konstantin Korovin, of special interest among them are his early masterpiece of 1912 “Gurzuf”, works from the famous series “Paris Boulevards” and a wonderful portrait of an elegant woman.

This cycle is successfully complemented by two pictures of Sergey Vinogradov who went down into history not only as a landscape painter, but also as a consultant to Ivan and Mickhail Morozov - the noted collectors of the French modern painting. However, the most significant work and focus of the exhibition is a spectacular large-scale canvas “Women on the Shore” from the well-known series “Tradeswomen” by Abram Arkhipov - one of the younger wonderers and founders of the Union of Russian Artists association. Pictures from this series are distinguished by a large format typical for this master’s work. The dimensions of “Women on the Shore” canvas (100.5 x 189cm) resemble the enthusiastic reaction of Abram Efros to the similar in format and composition picture from the same series that was shown at the Union of Russian Artists exhibition in 1913: “Unusually big scales of Arkhipov’s perfect canvases. One meter x two meters – he has never had such dimensions before!”

Among representatives of the younger generation the central place belongs to the vast block of works by David Burlyuk which comprises his creative career including Japanese, Russian and American periods. On display are more than ten pictures of the artist from early cubist-futuristic compositions to American portraits of the 1920s  and an expressive  still life produced in 1948. The most interesting is the portrait of Vasily Kamensky of 1917 for a long time considered lost.

The exhibition offers works by other representatives of Russian avant-garde: “Mother’s Portrait” by Vladimir Burlyuk, artworks of unique quality by Robert Falk, Ivan Puni, Alexandra Exter, Mickhail Larionov, Natalia Goncharova, Vladimir Baranov-Rossine, as well as “The Court of Paris” canvas (1912) by Boris Anisfeld – the earliest surviving one depicting mythological and Biblical scenes created by the artist during the 1910s (“Gardens of Eden”, “Sulamith”, “Rebekah   at the Well”). All of these works are characterized by the use of some techniques of “moderate” cubism of Andre Deren and Othon Friesz.

To this period also belong still lifes by Boris Grigoriev, sanguine “Sumo Wrestler” by Alexander Yakovlev which was kept in his sister’s family in Paris, a rare for the Russian viewer artwork by Maria Marevna and two American landscapes  - “American Idyll” by Sergey Sudeikin and “Monaghan, Man” by Nickolai Roerich. However, the most interesting is the earlier work of Roerich “Pechory. The Inner Entrance with the Old Belfry” which is part of the “Architecture Series” created during the artist’s trips around Russia in 1903-1904. Roerich painted from nature so he brought from his voyages mostly small-format sketches on plywood though “Pechory” is a full-scale finished canvas. After the exhibition in St. Petersburg  in 1904 the Emperor Nickolas II ordered to purchase the picture for the Russian Museum. But Roerich who was dreaming of the international fame decided first to show the canvas in the world traveling tour. It was exhibited in Paris and London and later was included in the major project within International Art Show in St. Louis (USA) in 1904. Eventually, the picture has never come back from America because of the fraud of the exhibition’s organizer Edward Grunwald who secretly sold the pieces by Russian participants and appropriated the money.

“At present, when exhibition exchanges between countries have been forcibly suspended, it seems to us especially important to remind art collectors and the viewers of the incredible potential of Russian art, as well as new prospects that open up to private galleries. I am pleased, that in November, 2021residents and guests of Moscow have a possibility to see masterpieces of Russian art which have not been shown in Russia for almost 100 years” – said the owner of the New York ABA Gallery Anatoly Bekkerman.

ABA GALLERY – is one of the most competent international organizations  dealing with the promotion of Russian art and culture in the West, for 35 years the Gallery has arranged dozens of exhibitions in the Western and Russian museums and hundreds of thousands of people could see and appreciate  the beauty and originality of Russian art. The Gallery’s founders not only collect, but also study the art heritage of Russian emigration, as well as the work by individual representatives of the whole layer of Russian culture lost in the post-revolutionary years. The a

rt shows which the Gallery regularly organizes in Moscow are a good opportunity to fill this gap thus contributing to the return of works by Russian artists taken out of the country at different times.