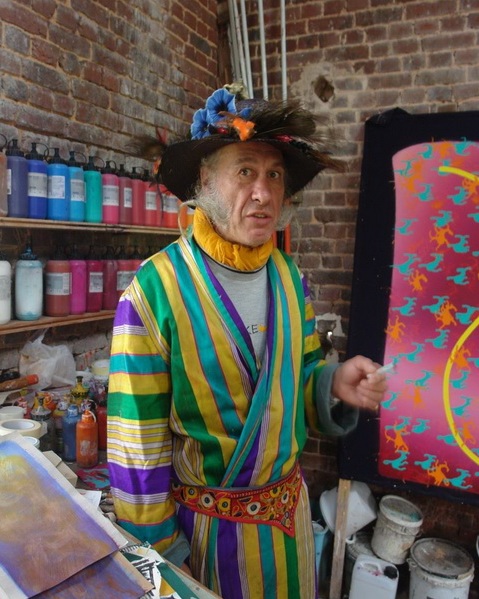 On March 31, 2021 the Russian and French artist, Honorary Member of the Russian Academy of Arts William Brui is celebrating his 75th anniversary.

The style of William Brui was constantly evolving. His first works were figurative.

This was oil paintings, drawings and engravings in which the artist’s desire for generalization resulted in his coming to abstraction. In the 1970-s, his work can be formally attributed to minimalism. Subsequently, the constructiveness of the composition increasingly began to be violated by elements of spontaneous application of smears, streaks and splashes of paint claiming the kinship with abstract expressionism.

The Presidium and President of the Russian Academy of Arts Zurab Tsereteli congratulated Willian Brui on his 75th anniversary. The Letter of Greetings, in particular, runs: “On behalf of the Presidium of the Russian Academy of Arts I would like to extend to you our congratulations on your 75th anniversary. You have started your professional career in Leningrad where you became one of the leaders of abstract art. Later, in France and the United States you continued your creative searches which results were shown at your numerous exhibitions in Geneva, Paris, New York, Moscow, St. Petersburg. We highly appreciate your constant aspiration for new forms of self-expression and strife for generalization of the essence of human existence. We wish you further experiments and creative chievements”.