IN HONOR OF THE 70TH JUBILEE OF THE SERBIAN SCULPTOR, HONORARY MEMBER OF THE RUSSIAN ACADEMY OF ARTS DRAGAN RADENOVICH 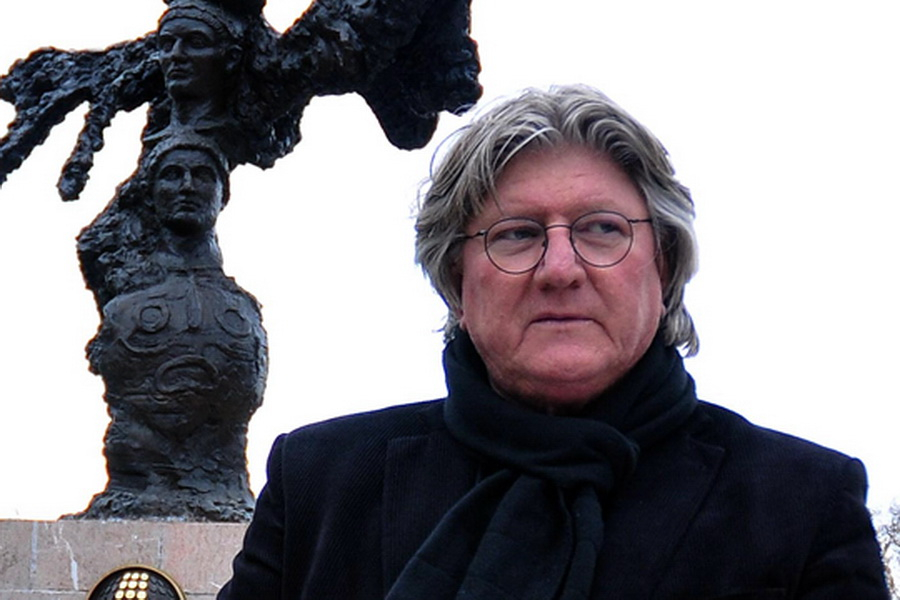 On April 12, 2021 the celebrated Serbian Sculptor, Honorary Member of the Russian Academy of Arts Dragan Radenovich is marking his 70th Jubilee.

Dragan Radenovich was born in Saraevo in 1951. He graduated fr om the Applied Art Department of the Belgrade University wh ere he is teaching a number of sculptural disciplines. Dragan Radenovich participated in numerous group exhibitions in his homeland and abroad. More than ten of his solo shows in different countries were held with great success. The Master of Arts, Doctor of Arts, member of international research and art organizations Dragan Radenovich is a talented follower of sculptural traditions of Auguste Rodin and Antoine Bourdelle and one of the most distinguished figures of Serbian culture. His works are in collections of major museums and private collections worldwide.

The Presidium and President of the Russian Academy of Arts Zurab Tsereteli congratulated Dragan Radenovich on his 70th Jubilee: The Letter of Greetings, in particular, runs:

“On behalf of the Presidium and staff of the Russian Academy of Arts I would like to extend to you our most cordial congratulations on your 70th Jubilee!

The eminent Serbian sculptor, Master of Arts, Doctor of Arts, Honorary Member of the Russian Academy of Arts, Foreign Member of the French Academy of Fine Arts and a number of prestigious international research and art organizations, you are well known in your homeland and other countries. An Ex-Presidential Candidate, whose creative activity and life reflect the upheavals and anxiety of modern times, you take the place of great honor among the most outstanding Serbian figures of art.

Continuing the tradition that goes from the plastic of Auguste Rodin and Antoine Bourdelle, you create dynamic, expressive in form and manner sculptural compositions which powerfully resonate in today’s art space and have a wide response. You have authored the Serbian “Guernica” showing the tragedy of the fate of Serbia and its people in the 20th century, the monument in honor of the Edict of Milan – agreement to treat Christians benevolently within the Roman Empire adopted by the Emperor Constantine in 313, a number of monuments to celebrated personalities such as Nikola Tesla, Kirk Douglas, Grace Kelly, Winston Churchill, Luciano Pavarotti, Steve Jobs; as well as the monument to your friend and outstanding diplomat, Permanent Representative of the Russian Federation to the United Nations Vitaly Churkin.

One of the distinguished representatives of contemporary sculpture, holder of numerous national and international awards for significant achievements in art, Professor of the School of Design of the Harvard University. you share your experience with students of the Belgrade University contributing to the promotion of Serbian culture and art school as a whole. We wish you inexhaustible inspiration, good health, further success and achievements".