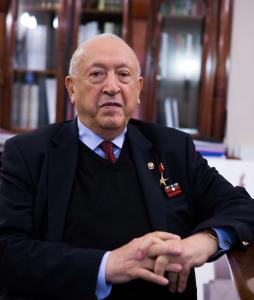 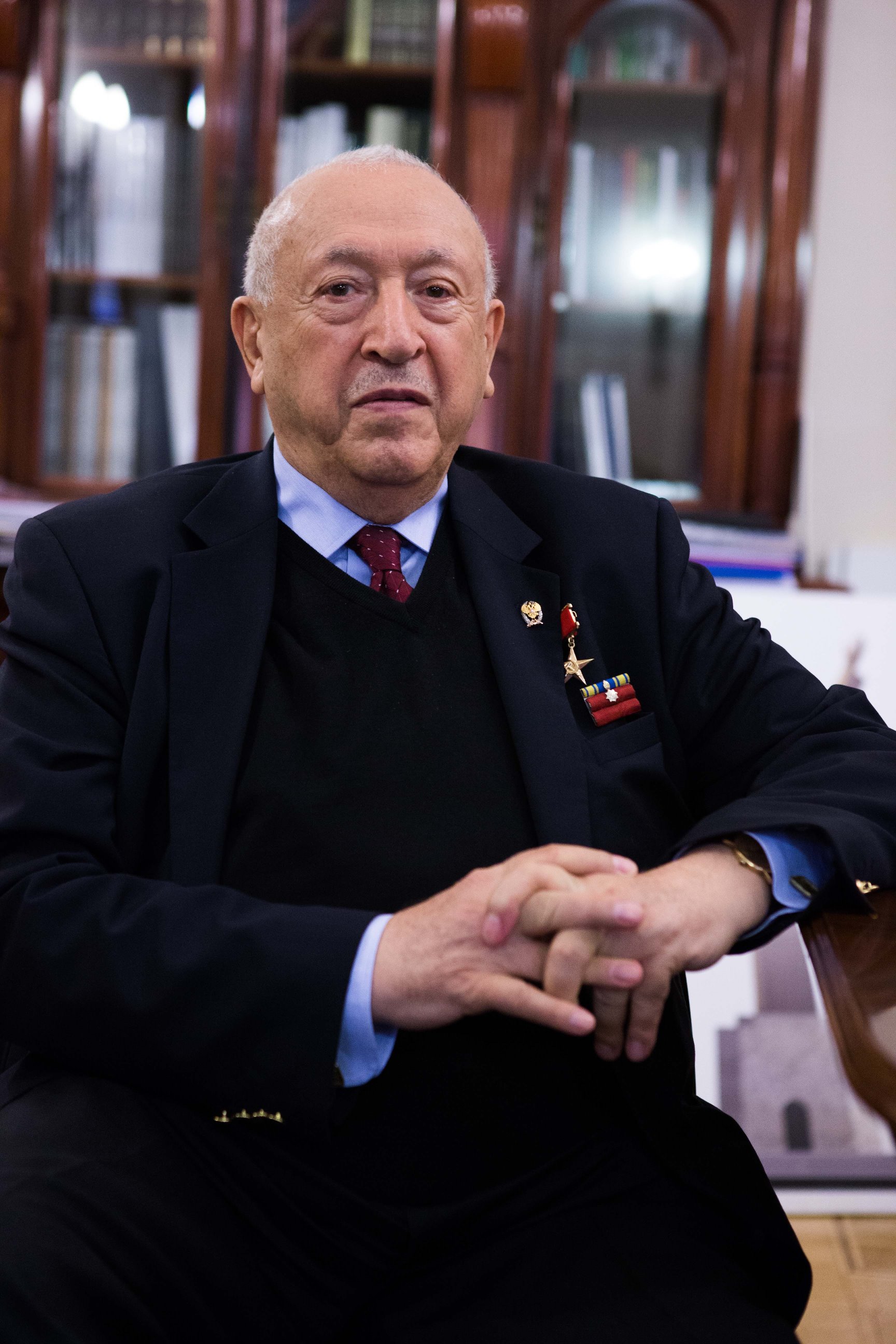 The Russian and world culture has suffered a great loss. On May 21, 2021at the age of 92 passed away the Academician and Vice-President of the Russian Academy of Arts, People’s Artist of the USSR, Azerbaijan and Russia, Laureate of the USSR State Prizes Tair Salakhov (1928-2021).

The name and work of Tair Salakhov have become a landmark in modern art. A painter, graphic artist, set designer, teacher, public figure, one of the founders of the “severe style” Tair Salakhov is a world renowned, eminent master of the 20th – 21st centuries. His works are distinguished by inner monumentality, harmony of lines, intense color. The fruitful creative life of the artist has resulted in the creation of his individual art language originated from the principles of “severe style”.

Tair Salakhov was born in Baku in 1928. He studied at A. Azimzade Art College (1950) and graduated from V. Surikov Moscow State Art Institute in 1967. The artist’s works are part of the national art history. The master’s heritage includes unexcelled landscapes and portraits of his nearest and dearest, outstanding figures of culture depicting the uniqueness of their individual characters. He is an author of genre compositions dedicated to Baku oil workers ("From the Work Shift" - 1957, "Repairmen" - 1960, "Over the Caspian Sea" - 1961, "Women of Apsheron" - 1967, "Morning at the Caspian Sea" - 1988, etc); portraits of composers Kara Karaev and Dmitry Shostakovich (1976), ballet dancer Olga Rukavishnikova (1998), his daughter Aidan (1967); still lives and interiors ("Gladioli" - 1958, "Still Life with a Viennese Chair" - 1976, "Wildflowers" - 1984, "Winter Veranda" - 1993, "March Bouquet - 2002 and others); graphic sheets and painting cycles " In Czechoslovakia" (1961-1965), "In Italy" (1964-1972), "In the USA" (1965-1970), "India" (1968-1970), "In Norway" (1968-1978), triptych "The Land of Fire"(2007) and other canvases. His works are in the State Tretyakov Gallery, State Museum of Oriental Art, Moscow Museum of Modern Art, State Russian Museum, National Museum of Arts (Azerbaijan). Tair Salakhov is a holder of numerous Russian and international state honors and awards. His art and public activity have made a great contribution to the promotion of Azeri, Russian and world culture.

For more than 40 years Tair Salakhov has worked for the Russian Academy of Arts and for most of them he was in charge of the Academy's Painting Department. The artist has always supported his contemporaries - thanks to him the Moscow public discovered Rauschenberg, Warhol, Bacon. He did a lot to preserve the memory of his predecessors - organized jubilee exhibitions of Bryullov, Repin, Surikov, Polenov, Kuindzhi.