IN HONOR OF THE 95TH ANNIVERSARY OF THE WORLD-RENOWNED ITALIAN SCULPTOR, HONORARY MEMBER OF THE RUSSIAN ACADEMY OF ARTS ARNALDO POMODORO 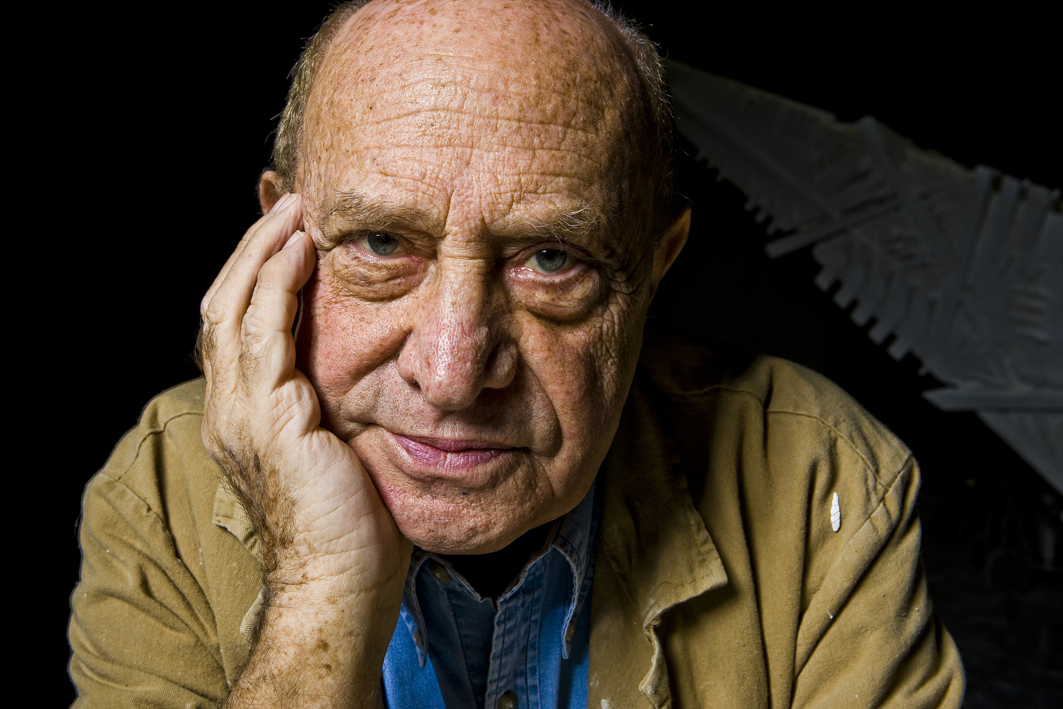 On June 23, 2021 the world-renowned Italian sculptor, Honorary Member of the Russian Academy of Arts Arnaldo Pomodoro is marking his 95th anniversary.

The plastic solutions of Arnaldo Pomodoro are based on the main geometrical forms: the cube, sphere, cylinder, pyramid, cone. He tears apart the pristine polished surface to reveal the internal structure of the object. Beneath the gleaming surface of the bronze lies a regulating mechanism, which he calls a “sign system” similar to a complex system of a language or an organic body.

“Sfera con Sfera” is the name of the master’s sculpture purchased by Pope John Paul II in 1990. It is one more gem in the Vatican collection of valuables. The golden globe consists of two parts: the sphere and the globe itself. The small ball is located inside the large one and is connected to the big ball by a complex mechanism thanks to which it rotates horizontally around its axis. The both balls are made in a broken shape and have many cracks and destructions. The main point is that a person destroys the planet thus destroying the entire universe. The surfaces are made mirror-like so that everyone can see his own reflection and feel like an integral part.

In the collection of the Moscow Museum of Modern Art there is a similar to the above sculpture “The Solar Disk” created by Pomodoro in 1983-1984 and brought to Moscow in 1991.

Arnaldo Pomodoro designed Carapace vineyard, that became the new and architectural Mecca of Umbria. Carapace is the only project in which the sculptor decided to try himself as an architect. Pomodoro himself calls it the first sculpture where one can live, work and produce wine.

The Presidium and the President of the Russian Academy of Arts Zurab Tsereteli congratulated the famous sculptor on his 95th anniversary. The letter of greetings, in particular, runs:

“You are the great sculptor of our time whose fame knows no bounds. You are one of the few artists whose artwork has been honored to be installed in the Vatican. Your work has absorbed the impressions of meetings with many talents during your numerous trips around the world. We admire your constant desire to understand the processes of the universe. Since the mid-1970s you have become famous for your unique approach to geometrical forms - pillars, cubes, pyramids, spheres, disks. The most popular is your “Sfera con Sfera” cycle in which you break the original polished surface to disclose the inner structure of the object. Your spheres acting as a geometrical shape and analog of a living body that resemble the globe and convey the sense of continuous rotational movement one can see in New York, Dublin, Tel-Aviv, Milan, Moscow and other cities.

The exhibitions of your works are always cultural events of world significance. The holder of numerous awards and the world recognized master you generously share your methods and approaches to art with young artists and sculptors. The Russian Academy of Arts extends to you most cordial wishes of good health, inexhaustible thirst for creativity and new achievements in your constant search for the unknown”.