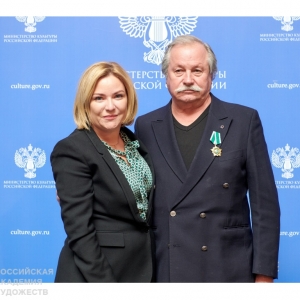 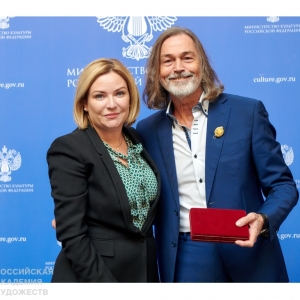 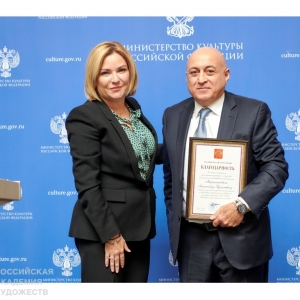 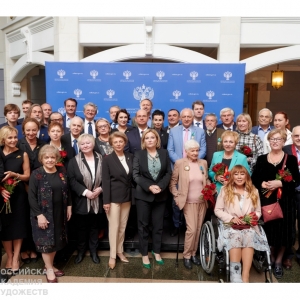 On September 6, 2021in the Atrium of the Bolshoi Theater in Moscow there was an award ceremony headed by the Russian Minister of Culture Olga Lyubimova.

In accordance with the Edict N 269 of the Russian President dated May 11, 2021 the Order of Friendship was presented to the Academician and Vice-President of the Russian Academy of Arts Konstantin Khudyakov for his significant contribution to the promotion of Russian culture and art, as well as many years of fruitful activity.

The Honorary title "The People's Artist of the Russian Federation" was awarded to the artist, Academician of the Russian Academy of Arts Nicas Safronov.

The Honorary Mention of the President of the Russian Federation received the Academician of the Russian Academy of Arts, Senior Researcher of the Design and New Forms Department of the Moscow Museum of Modern Art Alexander Mirianashvili.

"One of the most pleasant moments in the Ministry work is presentation of awards to our most eminent figures of culture whose contribution is hard to be overestimated. It is a real deed of the whole life. The last year and a half have shown with what amazing resilience representatives of culture can survive existing difficulties. I wish you the possibility of your creative implementation, by and large this is the most important thing for you. And good health, of course", - said Olga Lyubimova.