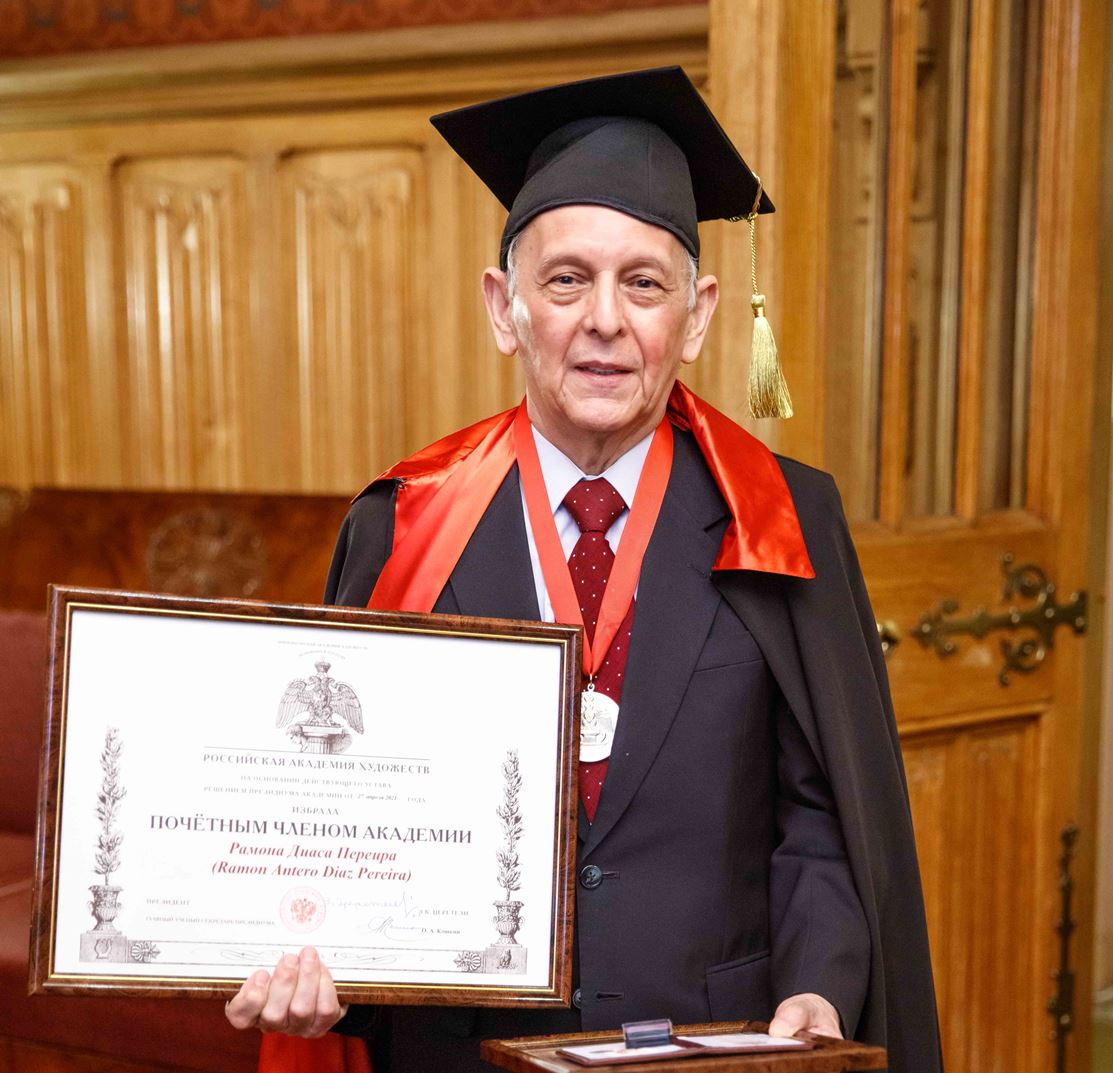 On January 3, 2022, the Honorary Member of the Russian Academy of Arts Ramon Diaz Pereira is marking his 75th anniversary.

The Ambassador of Paraguay to Russia Ramon Diaz Pereira was born in Asuncion, graduated fr om the National University in Asuncion wh ere he majored in law. During his career he was involved into advocacy, taught at the Diplomatic Academy and several national universities but finally preferred the diplomatic activity. Ramon Diaz Pereira represented his country in the United Nations Organization, Mercosur in Montevideo, he worked as the Ambassador to Taiwan and became the Head of the Diplomatic Mission in Moscow. Thanks to his activity as the Ambassador of Paraguay to Russia the relations between the two countries have obtained a new impulse of development.

For many years, Ramon Diaz Pereira has been keen on arts. As an amateur artist he paints landscapes and genre scenes which are mostly inspired by nature and everyday life of his native land.

The Presidium and President of the Russian Academy of Arts Zurab Tsereteli congratulated Mr. Ramon Diaz Pereira on his 75th anniversary. The Letter of Greetings, in particular, runs:

"The Russian Academy of Arts highly appreciates your significant contribution to Russian-Paraguayan relations in culture and education. Having a vast experience in diplomatic work, you have made a lot of efforts to promote Paraguayan culture in Russia and expand the cultural dialogue between our nations. Your passion for painting and music allows you to understand and feel the art of Russia more deeply, as well as to get acquainted with Russian cultural heritage and values.

On behalf of the Presidium of the Russian Academy of Arts I would like to wish you excellent health, further success in maintaining and developing  mutually beneficial relations between Russia and Paraguay, happiness and prosperity".