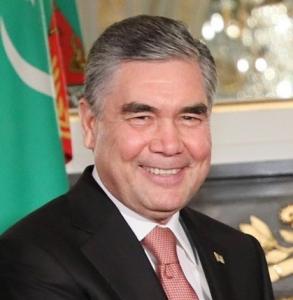 On June 29, 2022 the statesman and political figure of Turkmenistan, Honorary Member of the Russian Academy of Arts Gurbanguly Berdymukhamedov is marking his 65th anniversary.

Gurbanguly Berdymukhamedov rightfully enjoys the sincere respect of his people as an experienced and farsighted politician who makes a great contribution to the development of the country and maintaining stability in the region. He has always emphasized the significant role of culture in strengthening of peace, friendship and unity of the nation. “Culture is an inexhaustible source of strength for formation and preservation of national peculiarities of each nation and a spiritual bridge for the rapprochement of peoples”.

The Presidium and the President of the Russian Academy of Arts Zurab Tsereteli have congratulated Gurbanguly Berdymukhamedov on the jubilee. The Letter of Greetings, in particular, runs:

“As the President of Turkmenistan you have worked for the benefit of your country for many years and have made every effort to increase its prestige in the international arena. The man who reached the heights of a political career you are a holder of numerous honors and awards of Turkmenistan and other countries. Your efficient activity in medicine and economics, sports, art and other fields proves the great scale of your extraordinary personality.