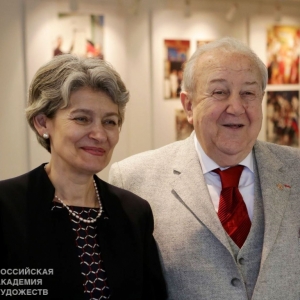 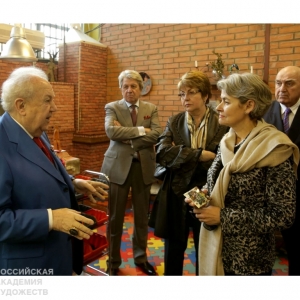 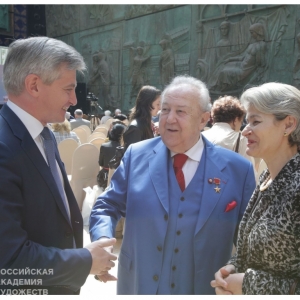 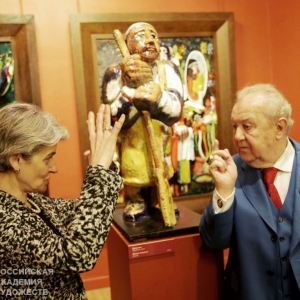 On July 12, 2022 the Honorary Member of the Russian Academy of Arts Irina Bokova is marking her 70th Jubilee.

Irina Bokoba was born in Sophia (Bulgaria) into the family of a Bulgarian politician. In 1976 she graduated fr om the Moscow State Institute of International Relations and started working at the Bulgarian Foreign Ministry wh ere she was in charge of cooperation with the United Nations. Since 1997 Irina Bokova has been heading the European Political Forum set up by her to promote the international integration of Bulgaria.

In 2005 Irina Bokova was appointed the Ambassador Extraordinary and Plenipotentiary of Bulgaria to France and Permanent Representative of Bulgaria to UNESCO, in 2009 she was promoted to the position of the UNESCO Director-General and in 2003 was re-elected for the second term. Irina Bokova has made a significant contribution to the promotion of processes of European integration: she has been actively involved in the problem of overcoming barriers within Europe; championed the ideas of intercultural dialogue, cultural diversity, dignity and human rights.

The Presidium and President of the Russian Academy of Arts Zurab Tsereteli have congratulated Irina Bokova on her Jubilee. The Letter of Greetings, in particular, runs:

"The political and public figure of Bulgaria, person of great charm you have a unique leadership experience in many counties. Based on the knowledge gained at the Moscow State Institute of International Relations, you have made a brilliant diplomatic career as the UNESCO Director-General, Permanent Representative of Bulgaria to the United Nations, Ambassador of Bulgaria to France. It is hard to overestimate your contribution to peacekeeping, ensuring quality education for all, development of a cultural dialogue between nations, fight against racism and anti-Semitism, violence against women. You are a holder of a huge number of top honors and awards of many countries of the world.

The Russian Academy of Arts highly appreciates your support for many years of the fruitful cooperation to the Academy's initiatives aimed at the promotion of cultural ties of Russia with other nations considering the culture as a resource for sustainable development.

On behalf of the Presidium of the Russian Academy of Arts and from me personally I wish you good health, success in your future activity, personal happiness and prosperity to your family".