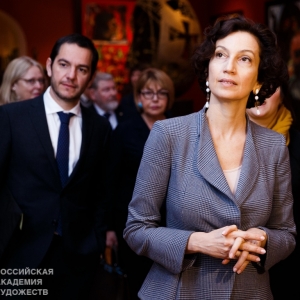 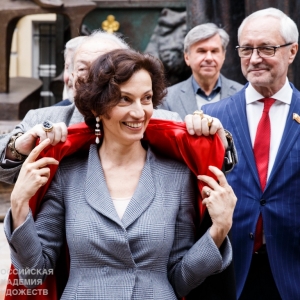 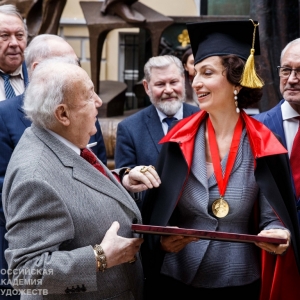 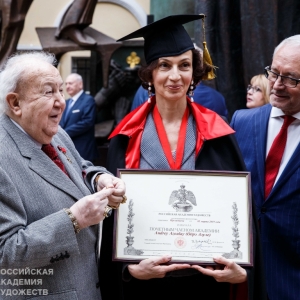 On August 4, 2022 the noted figure of culture, Honorary Member of the Russian Academy of Arts Audrey Azoulay is marking her 50th jubilee.

Audrey Azoulay was born in France into a family of a politician. She gained Master’s Degree in business administration in Lancaster University, as well as graduated from Paris Dauphine University and the National School of Administration in Strasbourg. Since 2006 till 2017 Audrey Azoulay worked as a financial and legal director, Deputy Director-General of the National Center of Cinematography and Moving Image. In 2016-2017 she served as the French Minister of Culture and Mass Communications. She was actively involved in the promotion of joint initiatives of France, UNESCO and the United Arab Emirates relating to the protection and preservation of the cultural heritage in zones of conflict. Since 2017 Audrey Azoulay has been in the position of the UNESCO Director-General.

The Presidium and President of the Russian Academy of Arts have congratulated Ms. Audrey Azoulay on her Jubilee. The Letter of Greetings, in particular, runs:

“The eminent political and public figure, whose leadership attracts people, you are heading the UNESCO  - organization for international cooperation in the field of education, science and culture. Your brilliant education in political studies and business administration, extensive experience in responsible positions and as the French Minister of Culture allow you to take important initiatives for resolution of  conflicts and crisis situations in the world, to successfully achieve the set goals.

The Russian Academy of Arts highly appreciates your support to the Academy’s humanitarian activities.

On behalf of the Presidium of the Russian Academy of Arts and from me personally I would like to congratulate you on your Jubilee and wish you great achievements in your work as the UNESCO Director-General, inspiration and inexhaustible energy in the further implementation of your plans, personal happiness and family well-being”.