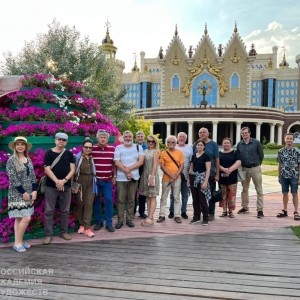 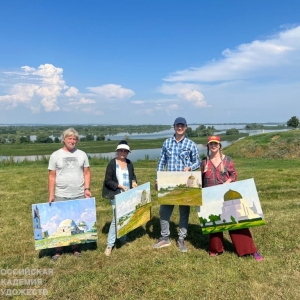 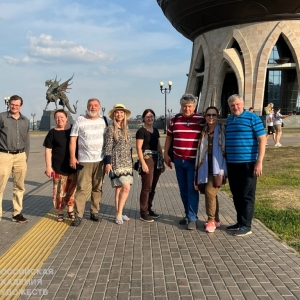 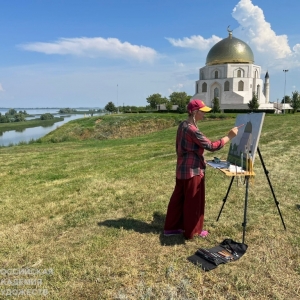 From August 8-17, 2022 in Kazan within the festive program in honor of the 1100th anniversary of the adoption of Islam in Volga Bulgaria there will be an All-Russian Plein Air organized by the Spiritual Assembly of Muslims of Russia in partnership with the Russian Academy of Arts. The event is being held under the auspices of the Institute of Philology and Intercultural Communication of the Kazan Federal University. The head of the Plein Air is the Vice-President and Academician of the Russian Academy of Arts Andrey Bobykin, the Academy’s curator of the project - Irena Dolmatova, Head of the Design and New Art Technologies Department.

The adoption of Islam in Volga Bulgaria in 922 largely predetermined the creation of the unique Russian civilization connecting the traditions of the West and the East, as well as laid a solid foundation for today’s intercultural relations, peaceful coexistence and interfaith consent. It is of big significance, that the Plein Air is taking place in the year of the 265th anniversary of the Russian Academy of Arts and presents a promising form for consolidation of efforts of the cultural community of Russia.

Among the participants there are artists from various regions of Russia, more than 25 of them are members of the Russian Academy of Arts. The Plein Air’s sites include the Bulgarian History and Architecture Museum-Preserve, Bilyarsky State History. Archaeology and Nature Museum-Preserve and the city of Kazan. Some events – the Small Plein Air will be arranged in the Republic of Chuvashiya: ten artists will create pictures depicting the history of the region and major architectural and historical objects such as the Bulgar mosque, the Cathedral mosque named after the Three Companions in the village of Shygyrdan, archaeological monument of the 16th-17th centuries – Tegeshevskoye cemetery and others. The final event – the panel discussion, a one day exhibition and presentation of the catalogue of works will take place at the Russian Academy of Arts (21 Prechistenka street, Moscow) on November 24, 2022.