CHARLIE CHAPLIN IN TIFLIS: THE NEW EXHIBITION IN ZURAB TSERETELI MUSEUM OF MODERN ART IN TBILISI 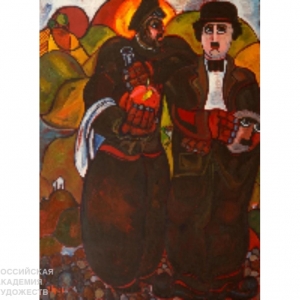 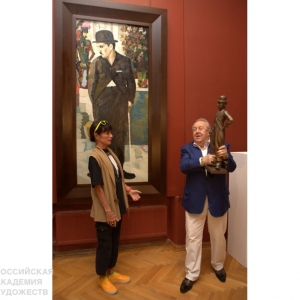 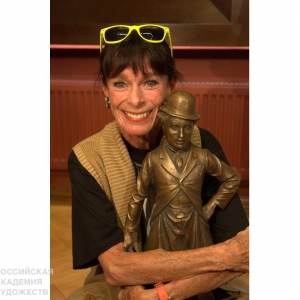 On May 15, 2019 in Zurab Tsereteli Museum of Modern Art in Tbilisi there will be an opening of the exhibition of the world renowned artist and sculptor, the President of the Russian Academy of Arts Zurab Tsereteli entitled “Charlie Chaplin in Tiflis”.
Tbilisi (Tiflis till 1936) is a city of bustling life, it is diverse, rich, original and in the Middle Ages was called the city of joy.
In the middle of the 20th century the Italian Opera was opened in Tbilisi and the whole city sang Opera arias. Later there appeared the circus – the world in which all feel well: adults and children.
The circus has always been attractive for artists  by its raging color palette, comedy and drama, images of the clown Pierrot, a character of the Comedia dell’arte -  Domier, Renoir, Degas, Watteau, Picasso, Leger, Vasily Shukhaev… The sensitive boy Zurab Tsereteli was also fascinated by the circus. Gymnasts, acrobats, jugglers, illusionists and clowns gave the future artist a joyful world full of the dynamics and drama. Ernest Hemingway said: “The circus is the only performance that makes you feel like you are sleeping and see a really happy dream…”
The circus artists were considered social outsiders, poor and independent. The master dedicated to them a number of works which mood echoes the words of Marc Chagal: “Circus! The magic word, the age-old parade of entertainment in front of us where tears, smiles, gestures are obtaining the quality of great art. And what circus people get in return?... The night brings them solitude and sadness lasting until the next day and the next evening, in the fire of the electric light heralding the renewal of the old life. For me the circus is the most tragic performance”.
A special place in Tsereteli’s work belongs to birds and animals who the artist gives human traits often placing them in human life situations.
The “humanization” of an animal or “replacement” of a man by animal is well known in the history of world art and literature. This allegorical technique was very popular in the improvised folk theater “Berikaoba” which presented masks-characters and masks-animals. The characters-animals in Tsereteli’s canvases are full of feelings and emotions, love and fidelity, game and slyness, sorrow and joy…
In the late 19th century the cinematograph or the Great Mute, as it was then called, was born. Later, there appeared films with Charlie Chaplin about a sly, kind and sad tramp with a funny walk. Zurab together with his grandmother watched the films, experienced and laughed at the adventures of the hero with a cane. Later, the image of Charlie Chaplin’s “small tramp” inspired him for creation of a series of works combining real cinema scenes and the artist’s imagination.
The artist has placed Charlie in the atmosphere of old Tiflis where the image immediately became native as if he was born and raised in the city … We can see Charlie’s character with a street shoe cleaner or together with his chum Kinto. Charlie and Kinto - one of the most colorful characters of Tiflis have much in common: cheerfulness, tendency to trickery, restlessness… Charlie himself in Zurab Tseretei’s canvases sometimes looks like a Georgian, his plastic and facial expressions remind Imereti characters of the classic of Georgian literature David Kldiashvili, even the “tramp’s” hat is worn almost in the same manner as Imereti peasants do.
The daughter of great Charlie Geraldine visited the artist’s studio in 2011. In the interview she said: “Zurab has shown me a portrait where I was depicted together with my father… I was there a little similar to a Georgian woman and had a cat in my arms”. The master presented Geraldine as a gift the model of the sculptural composition “Charlie Chaplin”… “Is it possible to say, that Chaplin is one of your favorite images? – the artist was asked. “I used to really love portraying him” – he answered. “But now that I have met with his daughter, I will paint them together”.
The compositions with Charlie Chaplin are not literal portraits of the Actor, they take a high poetic form of the sad clown’s Image. The great actor wrote: “ For more than 40 years I have made people laugh. But I cried more than they laughed”. The meaning of art is not to convey the visible, but to make the invisible visible. When we look at the world through the camera lens we see the visible. But if we look out of focus we see something else and this opens up the artist’s vision. Despite the melancholy of some Tsereteli’s works depicting “the small tramp”  these artworks contain the principle idea of the master – Good always defeats Evil, and Love is the main value of life.
Among the two masters - Chaplin and Tsereteli - there are many common things: both of them are self-made men; they are unique identities whose talent was early revealed, to reach the top they needed a lot of efforts and energy.
The mental closeness of Charles Spenser (Charlie) and Zurab Tseretel as artists, creative personalities who largely determined the image of the era has resulted in a series of unique artworks that have been created for forty years and this creative dialogue continues.