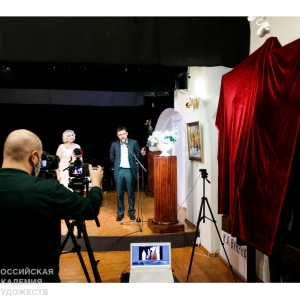 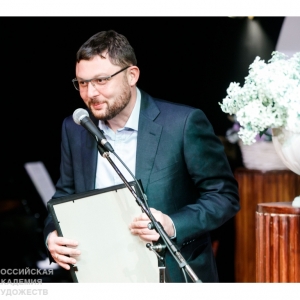 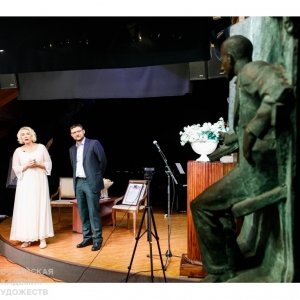 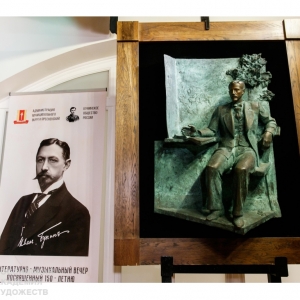 On October 22, 2020 -  the day of the 150th birth anniversary of the first Russian Nobel Prize Laureate in Literature Ivan Bunin, the President of the Russian Academy of Arts Zurab Tsereteli presented his high relief commemorating the writer Ivan Bunin as a gift to the Administration of Presnensky Municipal District of Moscow.
The presentation ceremony was held by the Vice-President of the Russian Academy of Arts, Executive Director of the Moscow Museum of Modern Art Vasily Tsereteli as part of the project "Literature and musical evenings in honor of the 150th anniversary of Ivan Bunin" in P.I. Chaikovsky Museum in Moscow.
The bronze high relief depicting Ivan Bunin is from Tsereteli's cycle "My Contemporaries" including  portraits  of figures of art who made great contribution to Russian culture of the 20th century, these are  Fyodor Shalyapin, Alexander Block, Sergey Yesenin, Vsevolod Meyerhold, Marina Tsvetaeva, Vladimir Mayakovsky, Boris Pasternak and many others. The series has been  conceived as a unique poem dedicated to outstanding people of many generations of the 20th century intellectuals. The portrait gallery is constantly undated with new works and can be seen in the Museum and Exhibition Complex of the Russian Academy of Arts (19 Prechistenka street, Moscow).