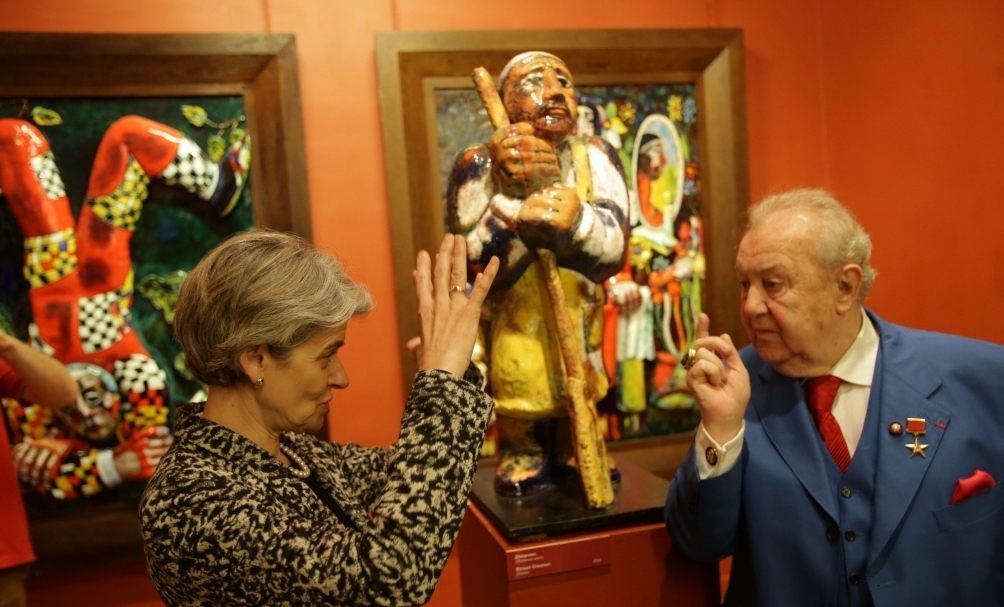 On July 12, 2021 the noted Bulgarian diplomat, former Director-General of UNESCO (2009-2017), Honorary Member of the Russian Academy of Arts Irina Bokova is marking her birthday.

During her political and diplomatic career Irina Bokova has served as the Bulgarian Minister of Foreign Affairs ad interim, after her retirement she actively continued to engage in public activities heading the European Political Forum set up by her and aimed at the promotion of European integration of Bulgaria. She has been twice elected as the Director-General of UNESCO. Irina Bokova efficiently contributes to overcoming barriers within Europe, supports the ideas of intercultural dialogue, cultural diversity and human rights.

The Presidium and President of the Russian Academy of Arts Zurab Tsereteli have congratulated Irina Bokova on her birthday:

I would like to extend to you the most cordial congratulations on your birthday!

I always admire your versatile and distinguished talent as a diplomat and politician, your unquestionable authority and the highest professionalism. I am glad, that I have been lucky to work in partnership with you - the first woman in the high position of the UNESCO Director-General. The Russian Academy of Arts remembers and appreciates you special attention to science, culture and art, as well as invaluable support provided by you to the Academy's research and creative activity.

I am eager to pay to you our respects and wish you inspiration, success in your very necessary work, good health and happy well-being".