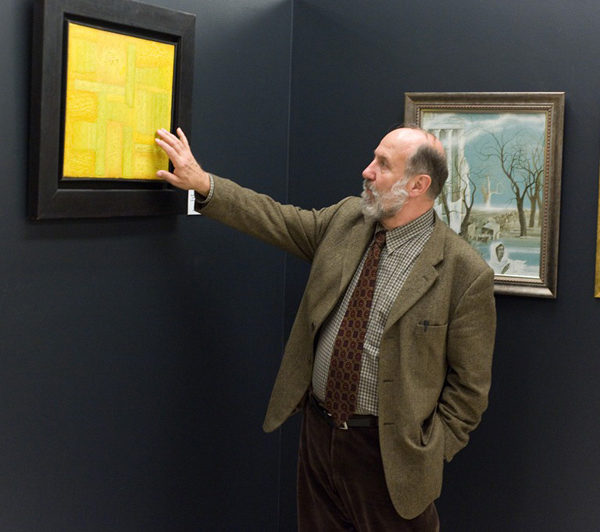 On July 13, 2021 the French philologist-Slavist, specialist in Russian culture, collector, Honorary Member of the Russian Academy of Arts Rene Guerra is marking his 75th anniversary.

Rene Guerra studied in Paris at the National Institute of Oriental Languages and Civilizations, his Master’s (and later, in 1981 Doctoral) thesis was dedicated to the work of the Russian prose writer Boris Zaitsev, for whom in 1967-1972  he worked as a literary secretary. Rene Guerra has been actively involved in correspondence with many noted figures of Soviet culture and published the selected material from this correspondence by his own publishing house in 1992. The richest archive of Rene Guerra contains a huge amount of documents from private archives of Ivan Bunin, Irina Odoevtseva, Yury Annenkov, George Adamovich and other major figures of culture of  Russian emigration, many of whom he knew in person, including Victor Nekrasov.  Rene Guerra is a founder and head of the Association for Preservation of Russian Cultural Heritage in France. In recent years he has actively lectured in Russia.

The Presidium and President of the Russian Academy of Arts Zurab Tsereteli have congratulated Rene Guerra on his 75th anniversary:

“I would like to extend to you our sincere congratulations on your 75th anniversary! You are an outstanding expert in Russian emigration in France, you   have devoted almost your entire life to serving Russian culture. Your priceless collection comprising paintings, book illustrations by Russian artists-immigrants, manuscripts, letters, tens of thousands of books, archives of eminent figures of Russian emigration and a lot of other things is unparalleled in the world. Enormous is your contribution to teaching of the Russian language that is a key to understanding Russian history and art.

The Russian Academy of Arts wishes you further development of your unique collection, new valuable acquisitions, expansion of the geography of your trips in Russia, interesting discoveries, efficient contacts with Russian museums, publication of your new materials and implementation of all your plans.

President of the Russian Academy of Arts. People’s Artist of Russia. Zurab Tsereteli”.