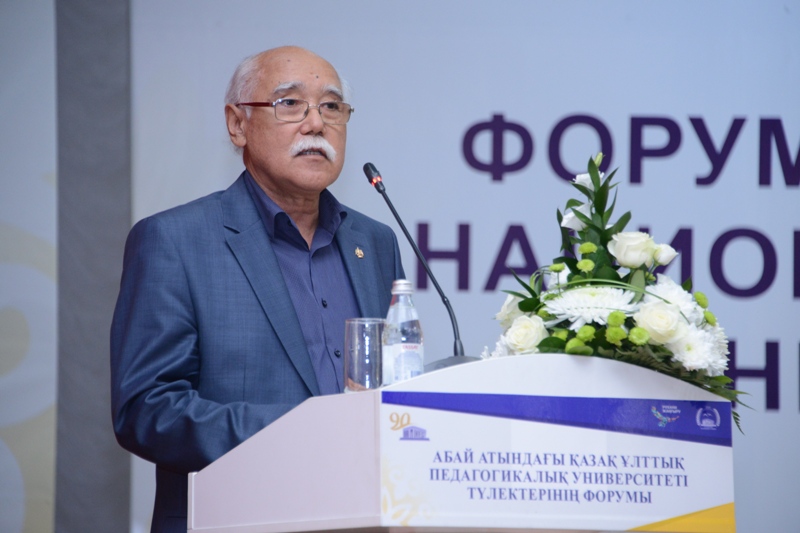 On September 14, 2021 the Honorary Member of the Russian Academy of Arts, noted artist and public figure of Kazakhstan Baitursyn Umorbekov is marking his 75th anniversary.

For his long career Baitursyn Umorbekov has become one of the initiators and organizers of the T.K. Zhurgenov Kazakhstan National Academy of Arts, where he started working as a teacher and reached the position of the Vice-Rector. Umorbekov has been successfully involved in the scientific, teaching and creative activity, teaches the drawing, painting and composition course. The artist has developed a new theoretic color science course and authored a number of methodological manuals and two books on the theme.

Baitursyn Umorbekov is a member of the National Commission of the Republic of Kazakhstan for UNESCO, President of the International Council of Museums in Kazakhstan - ICOM Kazakhstan. His works are in museum and private collections in Kazakhstan, Russia and other countries. He is an author of many international and Republican museum projects, articles and albums.

The Presidium and President of the Russian Academy of Arts Zurab Tsereteli extend their congratulations to Baitursyn Umorbekov on his 75th anniversary:

"Your creative work is rich in cultural and historic tradition and inspired by the classical painting of the Republic of Kazakhstan. At the same time, it contains an original interpretation of the world art. You have been making a great contribution to preservation and increasing cultural and artistic heritage of Kazakhstan.

On behalf of the Presidium of the Russian Academy of Arts I wish you good health, great success in your public and teaching activity, as well as achievement of new creative heights.

Sincerely yours. President of the Russian Academy of Arts Zurab Tsereteli".